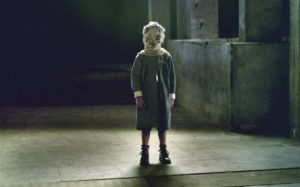 A trip in 1999, from New Jersey to upstate New York, would contain an unexplained event that Peter Bohm would never forget. Peter and his girlfriend Jean made the journey to visit Jeans uncle who was seriously ill. It had been years since Jean had seen her uncle but she had fond memories of her visits as a young girl.

The couples trip to New York was uneventful and when they arrived, Jean and her uncle quickly became re acquainted. Jean remembered the fun she had playing with other kids in the large woods on her uncle’s property. She could have talked all night but it was late and everyone was exhausted, it was time for bed.

The next morning Jean and Peter decided to go for a walk. They left the house at about 10:00, taking a path that led into the woods. They had walked for about a half hour without saying anything when Jean said “I remember this.” What she remembered was a small clearing in the thick woods. In the middle of the clearing was a huge rock, Jean said it was called “Indian Rock” because it looked like the profile of an Indian, Peter didn’t see the resemblance.

At one end of the rock was a kids fort, built with old pieces of scrap wood. Jean was very surprised to see it, she and the Johnson boys had built it more than ten years earlier. As Jean looked around the fort, Peter climbed up on the big rock, when he looked down Jean was gone. Then he noticed that he was not alone.

There were two boys, just a few feet away, the older wearing a baseball cap and the younger wearing a dirty flannel jacket. The boys stared at Peter but said nothing and as he glanced away, looking for Jean, then back at the boys, they had vanished.

Peter then heard “Are You coming?” It was Jean, she was on the path, about fifty yards away. He quickly caught up and ask her if she knew who the two boys were. With a strange look on her face, she said “What Boys?” The whole thing gave Peter a weird feeling and he didn’t ask any more questions. The couple slowly made their way back to the house but the strangeness was not yet over.

That evening Jean and her uncle continued to reminisce and Peter continued to be bored. That is until Jean ask her uncle, “What ever happened to the Johnson boys?” Her uncle, who despite his poor health seemed to be a happy man, suddenly changed. His face took on a look of both deep sadness and seething anger.

Shortly after Jean’s last visit, over ten years earlier, the Johnson’s were going through a bitter divorce. In a rage, Mr. Johnson had murdered both of his sons and his wife. He then shot himself in the head. Jean’s uncle remembered the boys as good kids, very polite, the older one with his ever-present baseball cap and his little brother always at his side.