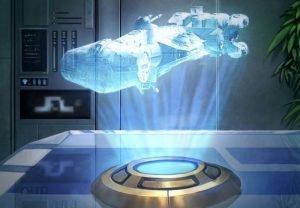 Specialists from the University of Glasgow (Scotland) have created a prototype of a tangible hologram, reports The Conversation.

According to researcher Ravinder Daahiya, the aerotactile hologram uses special nozzles that send jets of air of varying power to the hand.

Thanks to this system, pressure of various strengths and the feeling of touching real objects are created. The research was published in the journal Advanced Intelligent Systems.

“Over time, it may happen that you can meet a virtual avatar of a colleague on the other side of the world and really feel his handshake,” said Daahia. According to the scientist, the invention will take virtual communication to a new level.

The project description states that the user’s hand and arm movements are tracked by sensors that control the force and direction of the air. To interact with the hologram, you do not need special controllers or smart gloves, all the work is done by a special nozzle on the hand.

The prototype was tested with a virtual basketball hologram. “We managed to feel the rounded shape of the ball, the moment when it rolls off the fingertips and when the fingers are repelled from its surface,” the scientist noted.

In early fall, Samsung unveiled a prototype display capable of displaying three-dimensional images. The screen matrix can transform and bend in several directions – thus, it reproduces 3D content on a two-dimensional screen.