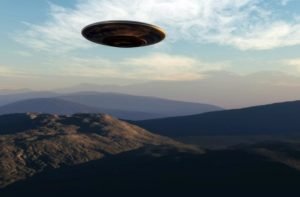 The US government has officially begun to explain some of the known UFO encounters over the past decade. According to them, the main culprits are China and weather balloons.

The US intelligence agencies have spent the last few years analyzing videos of hundreds of recent UFO sightings, and they want the American people to know they are not aliens.

Many recent UFO sightings, or unidentified aerial phenomena (UAPs) as the government calls them, are likely simply sightings of foreign operations, such as weather balloons, according to several US Department of Defense (DoD) officials.

Several UAP incidents have been officially identified as “relatively common” Chinese surveillance drones, according to anonymous officials. China allegedly previously stole plans for modern American fighter jets and is interested in how the US trains its pilots, DoD officials added.

Other UAP sightings recorded by military aircraft that appear to show aerial objects moving seemingly against the laws of physics are likely the result of optical illusions.

The new report adds new details to the cases described in a document that officials released in June 2021, describing 144 alleged UAP incidents reported by US government officials between 2004 and 2021.

A 2021 report states that due to a lack of high quality data, most of the alleged UAP collisions cannot be definitively explained. However, the report offers several general explanations for UAP in general, including “technologies applied by China, Russia, another country or non-governmental organization”, as well as “airborne interference” such as birds and weather balloons.

Aliens were not mentioned anywhere in the report, however, this did not stop conspiracy theories from springing up, due in part to a general lack of transparency on the part of the government regarding UAP incidents.

As the Department of Defense continues to investigate UAP sightings, NASA has also established an independent UAP investigation team that will operate from October 2022 through mid-2023.

The team will focus on collecting and analyzing large amounts of UAP data to develop new methods for identifying unidentified objects in the skies over the United States, NASA said.

According to officials most of UFOs/UAPs are weather balloons. Nothing new.