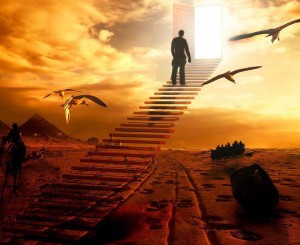 The concept of past lives and reincarnation is one of the oldest religious and philosophical ideas on the planet. Even though modern Christianity looks down on such thoughts, a large majority of past cultures widely embraced it. Past life regression is basically a technique that uses hypnosis (either solitary and individually lead or performed by an outside source like an actual past life therapist) in order to recover memories of past incarnations of a person’s soul and their past lives.

Various cultures and religions in modern times and even throughout history have felt that our present incarnation in this world might not have necessarily been what our lives were before this one. Buddha is one of the most well know past life visionaries.

He reportedly was able to access and remember all of his past live once he became fully Awakened. Some texts claim that he remembered as few as 500 but many more say that he recalled several thousand. However, Buddhism does not think of past life regression as a way to heal the soul though. It is merely a way to finish the path toward Awakening by knowing past incarnations of your soul.

They do possess a special prayer that requests forgiveness for all deeds performed in a past life that were destructive or harmful whereby the individual can be released from the effects that the negative deeds caused. Yet, the idea of reincarnation has been around long before Buddha even though its true origins are a bit murky. During the first millennium BCE, discussion of reincarnation appears in the philosophical writings from both Greece and India.

The concept of past life regression whereby the idea of reincarnation is so strongly acknowledged and believed that people believe they can reach back into the history of their souls to try to remember past lives. The New Age Movement during recent decades that combined a few traditional Western values with many of the philosophic ideas from the East where modern ideas of past life regression are still so prominent today.

Also, past lives are a key foundational pillar of the practices conducted by the Church of Scientology. Other areas of the modern Western belief systems do not put much stock in past life regression, but the avid belief in it by others leaves the door open to the possibility of former reincarnations of a person’s soul.

In the past several decades, regression therapy was performed by an actual therapist. However, these professionals were hard to locate in many places. Even if you found one, the procedure was so intense that a combination of meditation, therapy, hypnosis, additional therapy, and even potentially damaging drugs were required for the patient to eventually break through the barrier that was keeping him or her from achieving wisdom from past lives—not to mention the requirement of months or years of invested time and hundreds to thousands of dollars paid to a professional.

You do not have to commit yourself that way though if you want to access your past lives. Many meditative techniques can help you properly regress if you dedicate the time and keep your mind open to any experiences you have during these private sessions. One of the most common meditative practices is listed below:

First, find a quiet place that is free of distractions or anything to lead you into false past life visions. Adjust lighting, temperature, and clothing to be the most comfortable you can be. Then, you can either lie down or sit down. Do not start trying to reach back until you have quieted your mind and stilled your thoughts. Slowly and steadily relax parts of your body (face, jaw, arms, legs, feet) until you are totally at ease. Focus on your breathing to join your relaxed body with a settled mind in a peaceful union. Inhale deeply and slowly through your nose, holding in the air for as long as it is comfortable.

Then, exhale completely and gently through your mouth. Repeat this breathing exercise as needed until you feel peace completely take over your mind and body. In your thoughts, envision a clock in front of you. It can be any type of clock that you want to suit your personality. Instead of numbers one through twelve on its face though, this clock marks dates and times in the past.

Picture the hands on the clock slowly moving backward until they actually start to do that in your mind. The further the hands spin back, the faster they will move. Just continue to relax and watch the clock. When you suddenly feel your soul wanting the clock to stop, mentally think of the clock stopping. The clock will begin to slow down until it finally stops with your command. Picture yourself stepping through the clock into the time the stopped hands have landed on.

Look around and try to figure out where you are based on simple observations of the surroundings. Try to sense the history period you have just entered. You can remain in this single place to learn and experience more or go back to your magic clock. Once you clear your mind again and re-enter the present, be sure to make notes of what you have learned so that you can reflect back on it at a later time when the vision is not so intense to cause interference with the logical portion of your brain.

Pulling in the added wisdom of the time and experiences belonging to another lifetime would certainly help your view of the world. Also, you might even be able to figure out why you are here in this particular life and maybe even discover what you need to do in this lifetime in order to progress.

You do not need to repeat the mistakes of a past lifetime if you know what they are! Learning what you have done wrong in a former life can help your current life be free of the same or similar mistakes. This cycle of looking into your past lives in order to make your present life be free of mistakes so that your soul will progress.