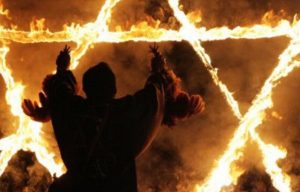 Paganism, Wicca and Witchcraft often get confused among people. Some say they are interchangeable or that if you practice Wicca you are also a witch. Others say that all Pagans are Wiccans. What’s the real truth? Let’s try to sort it all out.

Essentially, Paganism is a generalized or umbrella term used to define earth-based faiths or religions. The word “Pagan” comes from the Latin word paganus, which loosely translates to “hick from the sticks.”

It was originally meant to describe those living in rural areas, but it carried over to country people who worshipped the Earth and carried on old traditional religious practices despite the spread of Christianity.

There are a variety of traditions that fall underneath this overall category today. Pagans are Pagans. Not all Pagans are witches or Wiccans, although they can be if they choose.

Now for Wicca. Wicca is a modern form of pagan witchcraft religion, and all Wiccans are, in fact, Pagans. They are witches, as well. Largely unknown, Wicca was brought to the public’s attention during the 1950s by Gerald Gardner.

Technically he founded Wicca as a religious movement, but he took its tenets from old spiritual traditions. Wiccans practice earth-based spirituality and witchcraft.

Witches obviously practice witchcraft. They can be Wiccans or Pagans, both or neither. Some simply call themselves “eclectic witches” meaning they pick and choose aspects and practices from different religions and traditions.

There are even Christian witches and Jewish witches who practice “Jewitchery.” Finally, witches can be atheists as well. Pretty much anything goes when it comes to witchcraft!

Essentially, witchcraft is considered an additional skill or “add on” to other spiritual practices. Hey, it never hurts to add a little magic to your everyday religion, right?

Getting it All Straight

Paganism, Wicca and Witchcraft—got it all straight yet? If not don’t worry. Here’s the recap in a nutshell. Pagans can be simply Pagans. They can also be Wiccans and/or witches. All Wiccans are both Pagans and witches. Witches can be anything (Pagan, Wiccan, both, neither or whatever).

Hopefully, this clears up some of the confusion. The most important thing to remember, however, is that all these practices are important to their followers and deserve respect and tolerance.

And if you’re ever confused, don’t hesitate to ask someone about his or her beliefs. Sincere questions banish ignorance and lead to greater understanding.