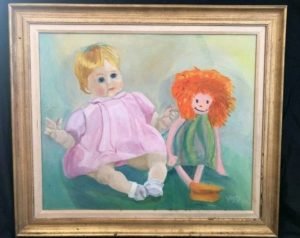 A man who calls himself a “collector of strange things” was walking through a flea market and came across a painting that its seller called cursed.

For the sake of interest, the “collector” bought this painting, but as it turned out later, it really only brought him misfortune.

Dan Smith (a pseudonym) said that a painting of two dolls – a regular one and a rag one – was sold with a loud warning, but he deliberately ignored it because he did not really believe in such things and he was curious if the curse would affect him.

And as soon as he brought this painting home, he began an “epic losing streak.”

First he developed abnormal insomnia, later he found that his house was teeming with cockroaches, and then his pet hamster, being completely healthy, suddenly died.

After that, the man began to suffer from excruciating anxiety, as well as from loneliness, which he had not been burdened with before. One by one, he developed illnesses. 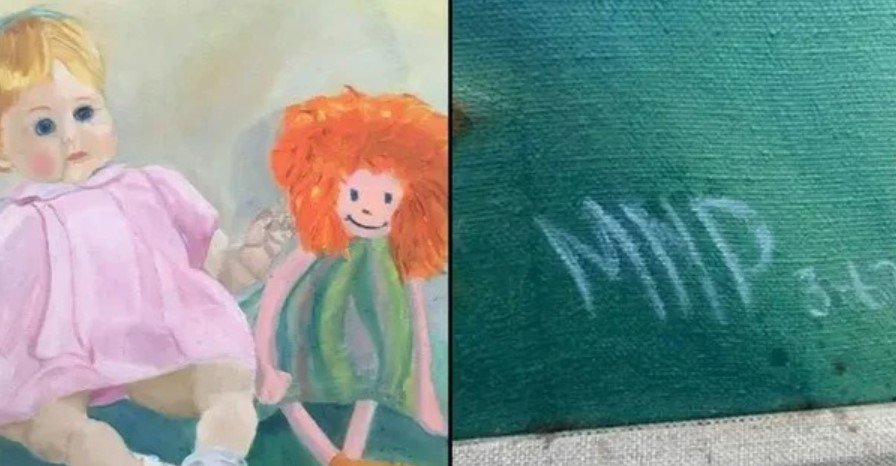 Eventually Dan Smith decided to get rid of the painting by selling it on eBay. He thinks that the painting might be bought by someone who collects paranormal things on purpose.

“The woman at the flea market warned me before buying this, and I’m warning you – nothing good can come from this painting. At the time, I didn’t attach much importance to it and just assumed that she was one of those eccentric dealers selling their goods on the cheap,” Dan wrote in the accompanying product description.

“As for the painting, it looked adorable, it featured two innocent-looking dolls… but she was right – don’t be fooled. I don’t know whose damned blood was mixed with the paint to create this piece, but its power is great “.

Dan Smith explained that he could have simply destroyed the painting, set it on fire, but believes that this comes with the risk of exposing himself to even more misfortune.

He is selling the painting for the same price he bought it for, but he hopes that people interested in the occult will pay a little more to make up for the losses incurred because of it:

“I’m starting the auction at $50, which is exactly what I paid for it, but I hope it goes to more to make up for everything I’ve been through. But before you bid…you’ve been warned!”