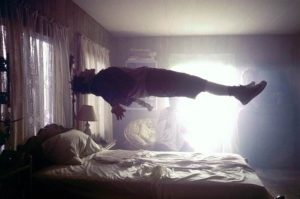 According to parapsychologists, there are different types of OBEs. Reciprocal apparitions of the living are those in which experients and agents see each other. Bilocation is a person’s ability to be in two places at the same time.

The agent’s appearance is called a double. These events may be spontaneous, intentional and drug or electronically induced. NDEs, are those in which people, declared physically dead, leave the body, observe what’s happening, returns to the body and describes the experience. Drs. Ralph A. Moody Jr. PhD and Elisabeth Kubler-Ross were the pioneers in this phenomenon.

In previous centuries, when psychic phenomena were called the “occult,” OBEs were called astral projections.

In 1875, Madame Helena Blavatsky established the Theosophical Society to study Eastern religions and science. She based her teachings on what she learned from sojourns in Asia.

According to Theosophists, human aren’t entities of their physical bodies, but are theorized to be complex creatures of many ones. There’s an astral body that’s thought to be a replica of the physical one.

The concept of an astral body was related to OBEs when paranormal phenomena were called the occult. It was postulated that the astral body, attached to the physical one by a silver cord that traveled. It was believed that, if cords broke, experients would die.

OBEs as Near Death Experiences

Dr. Moody wrote Life after Life following interviews with people, revived after having been pronounced dead, who told him about their NDEs. Dr. Elisabeth Kubler-Ross, best know for her book, On Death and Dying, wrote about her experience with a man who told her and the audience she was speaking to about his.

NDEs are universal and may vary, but, generally share some of the same experiences. Experients feel detached from their bodies, see what is happening around them, hear noises, go through tunnels, see departed loved ones or religious persons and feel powerful love, joy and peace.

Many see a shining spiritual being of light. They are told they must return to their bodies and do so reluctantly. NDEs are overwhelming and greatly affect experients’ outlooks about death.

Studying apparitions was important part of early physical research. Many different types of apparitions have been documented, including those seen during people’s OBEs. These usually appear during a person’s extreme distress and can be spontaneous or intentional.

The American Society for Psychical Research documented Mrs. Wilmot’s case. She had a spontaneous OBE in which she was transported to a ship’s cabin in the Atlantic Ocean where her husband was sleeping, from their home in Connecticut and was seen by her husband in a dream and Mr. Tait, his cabin-mate, while he was awake. 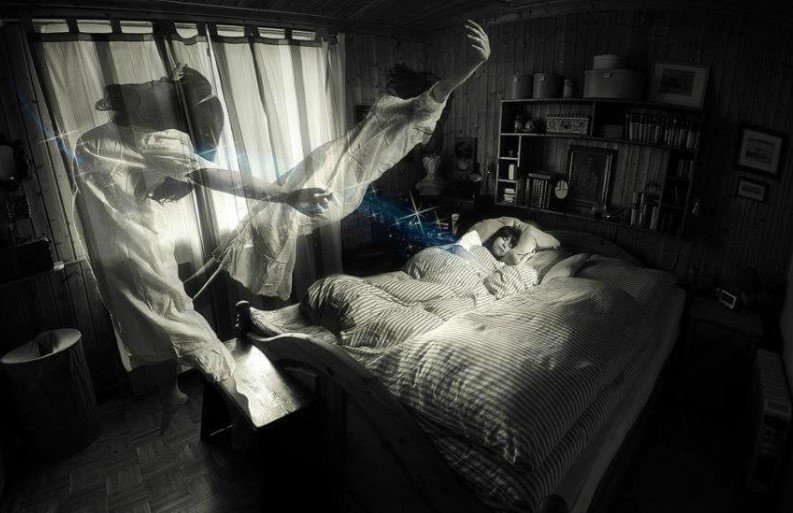 Bilocation, autoscopy, is when people or others see their doubles. Experients differ from those in traditional OBEs in that they don’t feel that they’re outside of their bodies. There are documented cases of people, including Saint Anthony of Padula, involving bilocation, which can also be spontaneous or intentional.

What Skeptics Say about OBEs, Reciprocal Apparitions, Bilocation and NDEs

Some people postulate that OBEs are dreams involving imaginary doubles. Ordinary dreams don’t have sensations of leaving the body. They compare OBEs with lucid dreams, those in which dreamers know that they’re dreaming, which may make it seem to be an OBE.

NDEs have been compared to depersonalization, in which the environment seems unreal and the person feels detached from reality. The description of this psychiatric event doesn’t fit those of people who’ve had one.

Some skeptics state that OBEs and NDEs are hallucinations, seeing things without stimuli. These may happen immediately before sleeping, called hypnagogic, or initially when awakening, termed hypnopompic, sensory and sleep deprivations, psychiatric disorders, induced by hallucinogens and/or relentless stress.

This condition is a psychiatric delusional disorder involving doubles, named for its discoverer, French psychiatrist Jean Marie Joseph Capgras. The primary delusion is that a relative, friend, object, place or him/herself is being substituted for by an impostor, a precise double.

Delusions are having false beliefs based on compelling convictions, despite evidence debunking them. It’s also called delusional misidentification, illusion of doubles or negative doubles and misidentification, nonrecognition, subjective double and phantom doubles syndrome.People are aware of the idiosyncrasy of these observations.

People who have Capgras usually believe they exist in a world of imposters. The disorder, which can be transient, acute or chronic, is most prevalent in people diagnosed with schizophrenia, but can happen in connection with other psychiatric disorders, such as dementia, or with a brain injury.

What Might OBEs, Reciprocal Apparitions, Bilocation and NDEs Be?

The phenomena are more common than many people think. Some estimates indicate OBEs range from one person in ten to one in twenty, are likely to have been experienced more than once and can occur to anyone in nearly any situation.

Theories about these phenomena are that they’re dreams, hallucinations or depersonalizations don’t fit the phenomena’s descriptions.

The prevailing theory about bilocation is that it’s the involuntary or intentional projection of a double which might appear as a solid physical figure or as a ghostly one. Generally, the double moves mechanically and doesn’t acknowledge people when spoken to.

Where Do We Go During Astral Projection