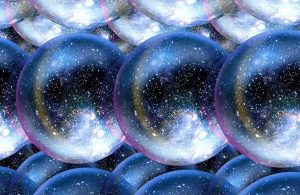 Is our part of the universe a tiny and atypical fragment of a vast archipelago of universes? “By the end of this century, we should be be able to ask whether or not we live in a multiverse, and how much variety its constituent “universes” display.

The answer to this question will determine how we should interpret the “biofriendly” universe in which we live (sharing it with any aliens with whom we might one day make contact),” according to Lord Martin Rees, Great Britain’s premier cosmologist and astrophysicist.

What we’ve traditionally called “the universe”—the aftermath of “our” big bang—may be just one island, just one patch of space and time, in a perhaps infinite archipelago,” continues Rees, Great Britain’s premier astrophysicist, in Nautil.us. There may have been many big bangs, not just one.

However, if the universe stretches far enough, everything could happen—somewhere far beyond our horizon there could even be a replica of Earth. 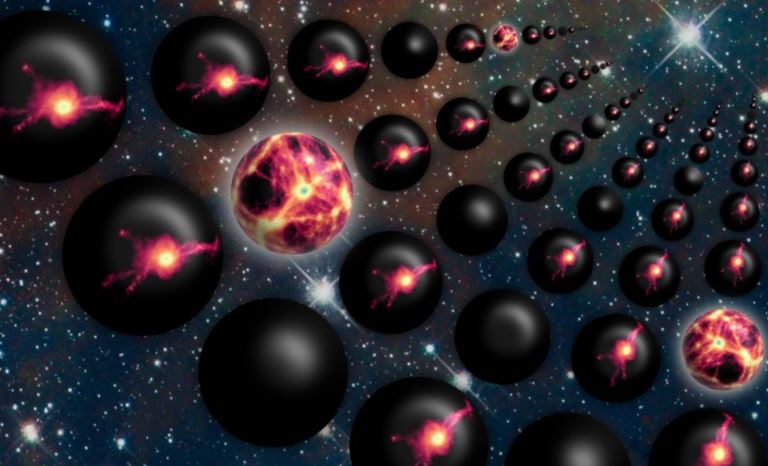 “If space is truly infinite,” observes cosmologist Dan Hooper, head of the Theoretical Astrophysics Group at the Fermi National Accelerator Laboratory, in At the Edge of Time, “the implications are staggering.

That is the thing about infinity: it takes things that are otherwise very unlikely and makes them all inevitable.”

Eerie Implications of the Multiverse

The universe we see around us is a tiny sliver of a much larger multiverse. The multiverse theory says that what we have all along been calling “the universe” is in fact nothing of the kind.

Rather, it is but an infinitesimal fragment of a much larger and more elaborate system—an ensemble of “universes,” or of distinct cosmic regions according to Paul Davies, in The Goldilocks Enigma: Why Is the Universe Just Right for Life?

When asked about about the possibility of ever acquiring evidence of the existence of another universe, Yasunori Nomura, Director of the Berkeley Center for Theoretical Physics, replied in an email to The Daily Galaxy: “This picture of many universes—the multiverse—is not a random idea but a specific scenario suggested by theories of fundamental physics, such as string theory. 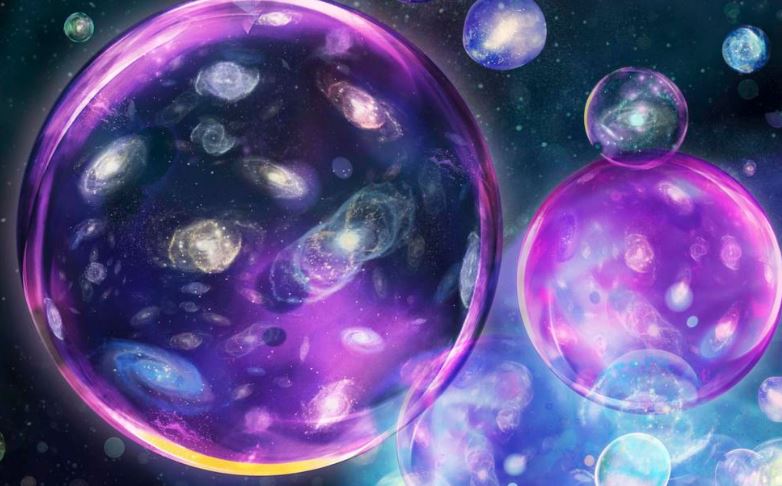 As such, we could test predictions of the scenario, even without going to another universe. For example, our universe may collide with another universe, whose trace can, in principle, be seen in the sky, in particular as a characteristic pattern in the so-called cosmic microwave background radiation.

“Furthermore,” Nomura explains in his email, “according to this many universes scenario, our own universe must be ‘negatively curved,’ meaning it must have a certain geometric property. While the theory does not predict how much the curvature is, this prediction might be confirmed in future observation.

Perhaps more importantly, if a future observation found that the curvature of our universe is positive, rather than negative, then the version of the multiverse many physicists are currently talking about would be observationally excluded.”

When we asked Nomura if it is probable that an adjacent universe would operate under different laws of physics, he replied: “According to what we currently know, we expect that other universes have very different properties than ours.

“For example, the nature of elementary particles and the law governing their behaviors take different forms. For some universes, even the number of spacetime dimensions can be different. We certainly expect that universes ‘adjacent to’ ours look very different from ours.

“This, however, does not mean that there is no physical law governing the multiverse. For example, all the universes are expected to obey the principles of quantum mechanics. It is simply that some of the properties of our universe which we have conventionally regarded as fundamental are not as fundamental as we thought. The nature of elementary particles—even the existence of the electron, photon, and so on—is among them.”

“In some pockets of space, far beyond the limits of our observations,” wrote Dan Hooper in an email to The Daily Galaxy, referring to the theory of eternal inflation and the inflationary multiverse: “the laws of physics could be very different from those we find in our local universe.

Different forms of matter could exist, which experience different kinds of forces. In this sense, what we call ‘the laws of physics’, instead of being a universal fact of nature, could be an environmental fact, which varies from place to place, or from time to time.”

Do You Want To Go To Mars? Get Ready To Go Vegan