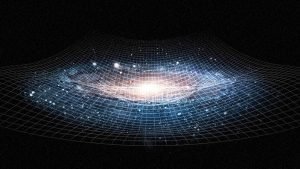 The Baryon Oscillation Spectroscopic Survey (BOSS) telescope has given astrophysicists a new way of looking at the universe, and quite accurately. According to scientists, the universe is flat.

A telescope in New Mexico has mapped 1.2 million galaxies in the universe, pinpointing their locations to within one percent.

This map is a tiny piece of the universe, yet it still tells us a lot about how the universe functions on a large scale. With this precise measurement, cosmologists were able to determine that the universe is “extraordinarily flat” and infinite, stretching forever through space and time. 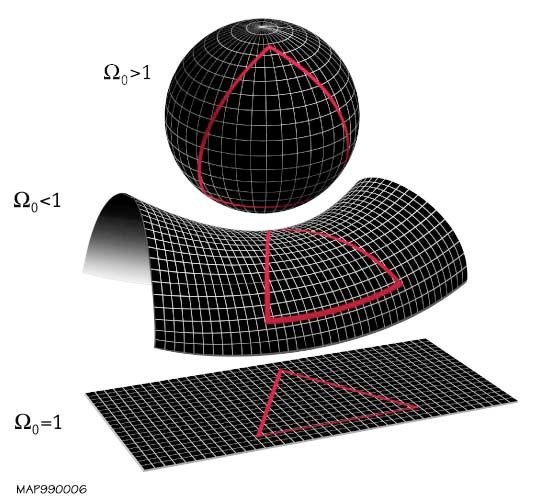 Above are diagrams of three possible geometries of the Universe: closed, open and flat. The closed universe is finite in size, and due to its curvature, traveling far enough in one direction will lead back to the starting point.

Open and flat universes are infinite, and traveling in a constant direction will never lead to the same point.

“One of the reasons we care is that a flat universe affects whether the universe is infinite,” said David Schlegel, a member of the Physics Division at the US Department of Energy’s Lawrence Berkeley National Laboratory.

“This means that while we can’t say with certainty that it will never end, it is likely that the universe extends forever through space and will continue forever through time. Our results are consistent with an infinite universe.”

Geometrically, the universe is flat. Parallel lines stay parallel, but that doesn’t tell us about the topology of the universe. Scientists believe that the universe can have one of 18 different shapes.

As far as we know, it could be a Möbius strip — a shape in which space bends and warps, but the lines remain parallel, eventually connecting one end of space to the other. That is, you could start from one point in the universe and move in a straight line, but you would return to where you came from.

But we cannot yet understand what form the Universe has taken because of our brief overview.

Time Traveler? A man with a mobile phone in a 1943 photo