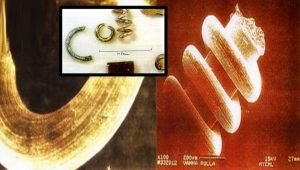 In the Ural Mountains in 1992, a Russian geologist accidentally discovered what would later be known as Russian nano spirals. The discovery of the Russian nano spirals, or more correctly miniscule spiral-shaped objects, was made while investigating mineral deposits.

The artifacts were made from copper, tungsten, and molybdenum. The objects ranged in size from the largest that was about 1 1/18 inches to the smallest which was only 1/10,000th of an inch.

These curious findings bore an eerie resemblance to the control elements used in recently developed “nano-machines” all of the pieces were found at depths between 10 and 40 feet, embedded in gravel and detritus deposits.

These deposits corresponded to the lower region of the Mikulinsk Horizon of the upper Pleistocene Era, suggesting that the objects themselves may be around 100,000 years old. There is no possible way such objects could be embedded so deeply without having ancient origins. 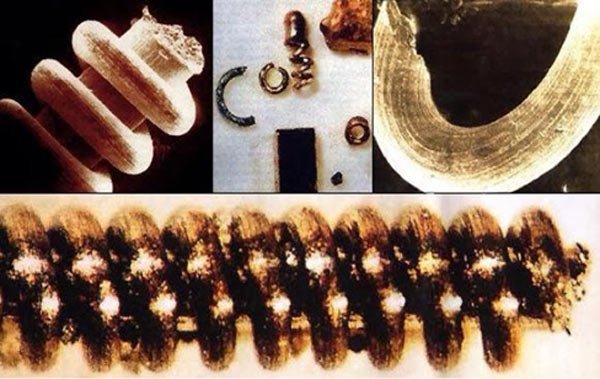 All of the objects appear to be manufactured as no type of natural process known could explain their creation. How humans 100,000 years ago would have been able to be technologically advanced to such a degree as to be able to create them is unknown.

Is this mysterious discovery evidence that humans may have been more technologically advanced than previously believed or are the evidence of the object of extraterrestrial contact or presence?

A great many detractors continue to assert that these tiny objects are just discarded debris from rockets being tested and launched from the area nearby Plestsk. This argument doesn’t hold water for two main reasons.

First, no one has ever found any materials comparable to the ones that were found near the area where the launches took place and finally with these materials being found at depths between 10-40 feet below the surface would not be consistent with it just being debris left over from rocket launches. 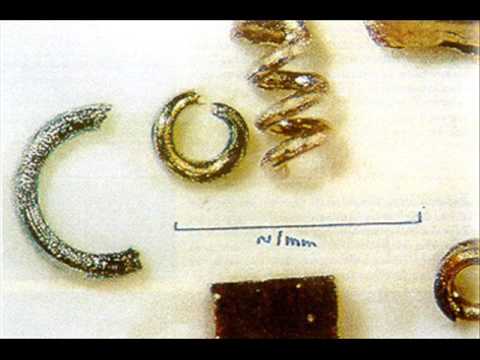 The structures have been studied by the Russian Academy of Science in Moscow, Syktyvkar and St. Petersburg and also at the Helsinki Institute in Finland to no avail. No official satisfactory conclusions have ever been made about the artifacts.

Unfortunately, any further researches on the objects have been stalled due to the death of Dr. Johannes Fiebag in 1999. He was the principal researcher in charge of the find.

The jury is still out on determining exactly what these tiny structures are and many varying theories have been proposed by supporters and detractors alike. No defining conclusions have ever been made and no satisfactory conclusions have been offered.

Is it possible that ancient humans were more technologically advanced than previously believed? Were all humans this advanced or were just a small portion of humanity capable of producing these?

Another definite possibility is that these objects are extraterrestrial in origin and were either technology provided to humans or discarded by an advanced alien race. Who knows?

The possibilities are endless but it is certain that much more study of these objects should occur and that they shouldn’t be discarded by the scientific community without exploring all viable possibilities. Hopefully, someone will pick up Dr. Johannes Fiebag’s mantle and continue to study these curious artifacts.

Atlantis Subplots: A Brief History of the Lost Continent