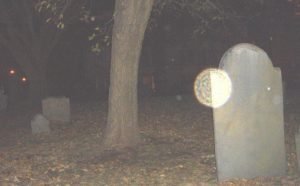 Orbs are a form of paranormal phenomena believed to be physical evidence of spirit photography by many paranormal investigators and ghost hunters.

Orbs were first discovered on camera during the late 1990s but some experts, including psychics and mediums, believe they have existed for centuries, but have simply not been seen by humans in the developed world.

A possibly earlier indication of orbs was the popular hobby of ‘Spirit Photography’ during the late nineteenth century. At the time when the Spiritualist movement grew and séances were common, photography was also being developed.

Early grainy images would sometimes show what appeared to be ghostly figures, or shadow people, believed to be the spirits of lost loved ones.

Orbs are usually shown as a small, bright white sphere that shows up on digital photographs. Some ghost hunters have captured photographs of blue orbs, which have yet to be further investigated as paranormal phenomena.

Whilst some scientific or photography experts will claim that orbs are simply a result of the camera flash reflecting off dust particles, spiritually minded people and ghost hunters firmly believe that they are in fact manifestation of spirits, angels, or shadow people. 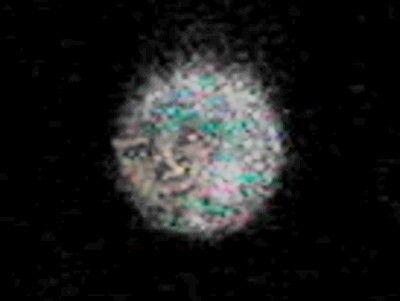 Orbs are not always evident as circular spheres. They also feature on photographs as wispy strands of white light. Orbs will generally be seen obscuring the person or people in the photograph, or they will be ‘hovering’ above or beside the people in question.

Sometimes it is even possible to decipher a human or animal form within an orb! These are often the shadow people referred to by ghost hunters and spiritual psychics.

Ghost hunters believe orbs to be the first stage in a ghost manifestation, showing as ghostly pictures on paranormal investigations. A ghost or spirit person will use natural energy to make their presence known to others.

Therefore to show themselves as a small orb will be one way of doing this without taking too much energy from the people around them. Certainly some ghost hunters have asked for spirits to show themselves as orbs before taking photos, and have been rewarded with lots of these glowing spheres of light!

Psychics and Mediums also believe orbs to represent angels on the Earth plane. Certain people have the ability to see orbs with the naked eye, without the use of camera, and consider themselves blessed with this wondrous gift.

It is interesting to see that orbs tend to appear around the same people in some family photographs; could this be the spirits of deceased loved ones watching over their family?

Orbs and Real Pictures of Ghosts

Another belief is that orbs manifest in old buildings that have witnessed very dramatic or tragic events. The natural energy left from the people involved in these events somehow attaches itself to the walls or fixtures in an old house or public building.

When ghost hunters pass by and take photographs they will see the orbs inside these rooms, sometimes grouped together, sometimes individual. These are the alleged real pictures of ghosts. In some cases orbs have been connected to poltergeists and extreme paranormal phenomena.

Similarly, some people find that when they have photographs taken of themselves in different locations or at different times in their life, they seem surrounded by one or more of these mysterious orbs.

The person may have a feeling of being watched over by someone, or they may be completely unaware of it. But the orbs will show up around them as the spirits or angels make their presence felt.

Orbs will remain as paranormal phenomena for many years to come. There are ghost hunters who devote their time to photographing these anomalies, and who study them and write about them in paranormal books.

Other people see orbs either with their own eyes, or on their photographs, and simply accept them as energy forms, or as spirit entities. And finally there are those people who dismiss them as nothing more than photographic flaws, dust or reflections of light.