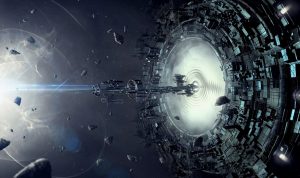 Breakthrough Listen project, funded by the private sector in search of evidence of extraterrestrial intelligence, has begun work on the MeerKAT radio telescope array in South Africa.

Over the next two years, the team will search for more than a million nearby stars, increasing the number of observed targets by a factor of 1,000.

“I am thrilled to be able to search for technosignals with one of the most sensitive telescopes in the world,” says Breakthrough Listen project scientist Dr. Cherry Ng. “MeerKAT will give us the ability to detect a transmitter similar to Earth’s brightest radio beacons at a distance of 250 light-years.”

There are about 260,000 stars in this range. For more distant stars, the search becomes more difficult, but there is still a chance of finding signals from distant sources.

The Search for Extraterrestrial Intelligence (SETI) is in the unenviable position of rarely receiving government funding for research. NASA has largely avoided SETI research since a planned high-resolution microwave survey was canceled in 1993.

SETI’s connection to conspiracy theories sometimes overshadows its ability to answer one of the biggest questions humanity can ask: Are we alone in the universe?

Breakthrough Listen works with the Green Bank Telescope in the US and the Parkes Telescope in Australia, among others. MeerKAT is the latest addition.

The MeerKAT array of 64 dishes can see an area of ​​the sky 50 times larger than the Green Bank Telescope, making it an exceptional tool for capturing wide swaths of nearby galactic neighborhoods.

Importantly, MeerKAT’s Breakthrough Listen software allows them to work in “collaborative mode,” meaning they connect to a telescope and can search for technosignals without interfering with other astronomers’ observations.

“Our new supercomputer allows us to combine the signals from 64 dishes to obtain high-resolution, high-sensitivity images of these targets without interfering with other astronomers who use the array.”

One of the first targets Breakthrough Listen will observe with MeerKAT is Proxima Centauri, the closest star with two known rocky planets in the habitable zone.

So far, there are no signs of an alien civilization. Astronomers have conflicting opinions as to whether there are technological civilizations to look for. Some astronomers suggest that if they were there, we would have seen them by now.

This is the premise of the Fermi Paradox, which suggests that life is probably common elsewhere in the universe, so it’s strange that we haven’t seen it yet.

The premise of Breakthrough Listen is that if we don’t watch, we won’t get an answer. The powerful capabilities of MeerKAT will make this search more thorough. Only time will tell if they find it or not.