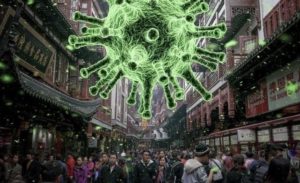 According to a large-scale survey, 29% of all Americans believe that coronavirus was developed in the laboratory. They are convinced of a conspiracy theory.

The survey was conducted by Pew Research. As it turned out, almost a third of Americans do not accept the theory that the strain supposedly migrated to people from the body of animals.

Uncertainty exacerbates the situation: to this day, specialists cannot say exactly how people got infected.

In conspiracy theory, people also believe in the UK. But there, a significant part of people is convinced that the virus is spreading via 5G mobile towers. Even actors, such as Woody Harrelson, believe in this strange theory.

Only 43% of respondents believe in the natural origin of the virus. 29% strongly disagree with this. 25% of people can’t say exactly where the coronavirus came from. And only 1% do not believe in the existence of the strain.