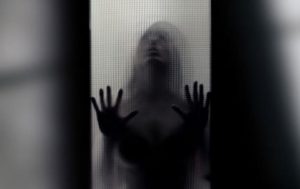 Examining the differences between faith and fact in occult and paranormal experiences.

In dealing with the world of the occult and paranormal, it is important to recognize the difference between fact and opinion. Many people feel strongly about topics within the subjects and state things as facts, when they’re merely nothing more than one’s opinion.

There are different schools of thought when it comes to the belief of the supernatural. Some choose to believe because they want to, rather than searching for evidence to support their beliefs. Others make a choice as to what to believe in and what not to believe based on research and evidence.

Debunkers will not believe anything associated with the occult or paranormal, no matter how much evidence is provided while skeptics sit on the fence weighing evidence from all sides. When learning about the occult, it’s best to come in as a skeptic. Take the time to perform some research and then draw a conclusion based on the evidence.

Although many claim there is no scientific evidence to support occult or paranormal occurrences, the truth is that a branch of science, known as parapsychology, is dedicated to studying phenomena such as ESP, survival of consciousness after death, psychokinesis, ghosts and hauntings.

Looking Outside The Religious Box

Many people have their beliefs because they were told what to believe in by their parents and teachers when they were children. As adults, a lot of people continue to hold onto these beliefs and refuse to look outside the box either because of fear or ignorance.

Often, it’s the people stuck in the religious boxes who state opinions as fact. The next time someone supplies a fact, one might ask the person to back it up with evidence.

If one has a particular topic of interest, look for scientific evidence to support it. For example, let’s say a personal interest is reincarnation. Check to see who the respected researchers are within the scientific community. In this case, probably the biggest authority to date has been Dr. Ian Stevenson.

After studying reincarnation for decades and publishing over 200 scientific papers, along with several books including Twenty Cases Suggestive of Reincarnation, Stevenson offers up a wealth of evidence to support reincarnation, although he does not claim proof of it.

Sometimes it is impossible to find evidence of certain claims because there isn’t any to be found. For example, werewolves. No scientific evidence exists where as a human being will turn into a wolf during a full moon.

There is, however, a disease called hypertrichosis, (otherwise known as werewolf syndrome) which produces excessive amounts of hair on different parts of the body, including the face, thus causing someone to look like a werewolf.

So keep an open mind, but be sure to discern between fact or fiction when dealing with anything occult or paranormal.

Cursed Goddess of Death: Ancient Statue That Kills Whoever Touches It