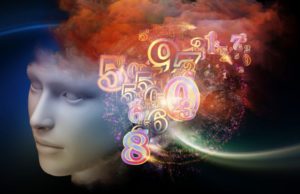 Numbers can appear frequently in dreams. Unlike their rather dry mathematical interpretations, dream numbers have a mystical and spiritual root founded in numerology.

Numerology is based on the belief that numbers are not merely abstract but actually have an energy behind them or a vibration.

While in mathematics, numbers are thought of as solid objects and valued in monetary terms, in numerology there is thought to be a vibration behind every digit which can be used to explore mysteries of life as well as help people with every day decisions such as when to get married, when to have children, if they should change their career or whether their current relationship is really right for them.

Numerology is an ancient practice founded around the time when mathematics was discovered. It is often ascribed to Pyathgoras, the ancient Greek mathematician who lived from 569-470 BC, although there were forms of it in existence before he practiced it.

Numbers can appear in dreams and can be utilized by the dreamer to help them predict future events or to solve a problem that they have.

They can be interpreted in various ways, for instance, a number followed by a month or being shown a calendar in a dream usually refers to the date in which something will happen, but if you just see a number on its own it may have another meaning.

If you see several numbers together, it could relate to a year, for instance, 1977, but it could also relate to numerology and contain a hidden message:

So 1977 could be a code for numerology number six, and your dream could be about family, marriage and happiness.

Meaning of the numbers

1: This number usually refers to yourself, i.e. ‘looking after number one’. It may also be a pun for ‘won’ (the two words sound the same). You may have excelled and come out on top. Alternatively you may need to work on aspects of your personality or you may be feeling lonely.

2: This is a partnership number and represents two people together and may mean a new relationship, marriage, business partnership, balance and cooperation. It can also represent friendship and give and take between friends.

People who have psychic ability often dream of the number two so if you are having many ‘two’ dreams or seeing things in groups of two (e.g. twins, bride and groom, animals two by two) then it may be an indication that you have medium abilities.

3: This is a trilogy number. For instance, it could represent the father, the son and the holy spirit or mind, body and soul and refer to your religious belief.

It could mean past, present and future and the dream may contain information about these. It could refer to mother, father and child. If you are a couple thinking of having children, it could be a sign that you will have your first child.

4: In Asian cultures the number four is a metaphor for death – but a death interpretation doesn’t necessary mean physical death. It could mean the death of a part of life of either yourself or someone you know, for instance, the ending of a relationship or job.

Number four could also symbolise a box shape and show that you are boxing yourself in and limiting yourself by your attitude towards a certain situation.

5: Five represents the five earthly senses: Sight, hearing, touch, taste and smell and learning your lessons through karma. It may also mean that there will be a change of direction in your life or that there is something you wish you could change.

6: Six is a family number, symbolizing family union, marriage, love, domestic happiness. It is also about having compassion for others.

7: Seven is about healing or completion of something. It is also about spiritual enlightenment, as the seventh chakra is our spiritual center.

8: Eight is about re-generation and balance. It may also mean you are going round in circles because an eight is two circles joined together. Is there any problem or situation that you keep repeating?

Eight may also refer to physical conditions. It could be a pun for ‘ate’ – perhaps you ate something that didn’t agree with you?

9: This number is about rebirth or the transformation of some situation. It is an unusual number to appear in a dream and can indicate that the dreamer has already learned many of life’s lessons and is possibly psychic or at least very interested in spiritual matters.

10: This is completion, divinity.

How you interpret numbers is very personal and based upon your own upbringing and experiences and so you should always choose the interpretation that makes most sense to you, rather than sticking resolutely to traditional interpretations. These are useful but only meant as a guide, as each person and his life path is totally unique.