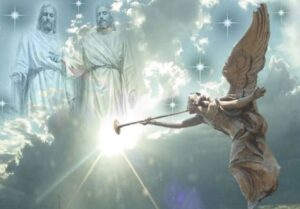 Skyquakes are enigmatic sounds, described like an explosive boom rumbling in the distance, reported all around the world. And now even geologists are trying to find out what’s behind this mysterious phenomenon, reports strangesounds.org.

In India they are called Barisal Guns; in Japan they are the Uminari; in the Netherlands and Belgium they’re called Mistpoeffers; in Italy, the Lagoni, as they are supposedly associated with lakes, and in the Philippines they are called Retumbos.

They’re also reported in Iran, Australia, Ireland, Scotland, Germany and many sites along the United States’ eastern coast, where they often seem to be coming from way offshore.

In North Carolina, where some were described as powerful enough to rattle windows and vibrate buildings, they are known as Lake Guns or Seneca Guns, after Seneca Lake in central New York state. Writer James Fenimore Cooper describes in his 1850 short story “The Lake Gun” the lake’s ominous booming sounds.

“It is a sound resembling the explosion of a heavy piece of artillery, that can be accounted for by none of the known laws of nature,” Cooper wrote. “The report is deep, hollow, distant and imposing. The lake seems to be speaking to the surrounding hills, which send back the echoes of its voice in accurate reply.”

Skyquakes were explained as sounds generated by distant storms or earthquakes, quarry blasts or even secret military exercises, yet no satisfactory theory exists to explain all the reported noises.

Now a team of seismologists at the University of North Carolina published some preliminary observations narrowing down the possible theories.

The scientists used the EarthScope Transportable Array, a mobile network of 400 atmospheric sensors and seismographs, to measure any seismic activity in North Carolina between 2013 and 2015, and compared the recorded data with local news articles mentioning mysterious sounds or similar phenomena.

“We wanted to go through local news articles, create a catalog of instances of the Seneca Guns, and then try to verify them with actual seismo-acoustic data,” said researcher Eli Bird, an undergraduate studying geological sciences at the university.

Two sensors recorded some unusual signals, varying in length from about 1 second to nearly 10 seconds, near Cape Fear in Carolina Beach, NC. Though the skyquakes can cause ground shaking, the scientists didn’t find any earthquake records that coincided with the events, effectively ruling out ground shaking as the cause of these booms.

Are mysterious booms an atmospheric phenomenon?

“Generally speaking, we believe this is an atmospheric phenomenon — we don’t think it’s coming from seismic activity, we’re assuming it’s propagating through the atmosphere rather than the ground,” Bird concludes. “Presumably, these are not all the same thing producing the booming sounds.”

Atmospheric explanations include bolides exploding above a cover of clouds or the sound of large waves amplified by particular atmospheric conditions near the sea. A lot of supposed mystery booms have, over the years, turned out to be sonic booms caused by military planes breaking the sound barrier.

As the adopted method seems promising, the researchers hope to collect more data in the future, using an array of at least three stations with three atmospheric microphones on each, to more accurately triangulate where the sounds originate.

So what are skyquakes? What creates these loud booms and rumblings? It seems that the mystery continues…