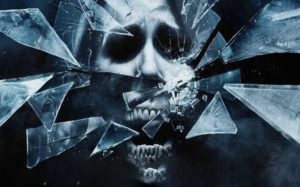 I am writing from England, about one or two strange things that have happened in my lifetime.

Suddenly, just outside of my bedroom door, I heard heavy breathing.

Still, the heavy breathing continued. By this time, I actually WAS scared, so shouted at the top of my voice for him to STOP IT! I got a reply, but from my brother and dad who came running upstairs to see what I was shouting at. Both of them swore they had been downstairs. I still had my doubts, until one summers day a few months later, when for some reason I was in the house alone.

Again, I was in my bedroom and the heavy breathing started just outside my bedroom door. This time, I was petrified, but the ghost hunter in me mobilized my body into flinging the bedroom door open. As you might expect, there was nothing there, so I ran out of the house and sat at the bottom of our pathway for an hour or two, waiting for someone to come back! The house was relatively old, having been built circa 1920 by my estimation.

The next event happened to my father, around 1994-95. He was walking along the town High street one day, and saw an elderly gentleman he recognized as an old neighbor who lived near to where he did as a Child.

My father nodded and acknowledged his old acquaintance, who nodded back in return. The next day, my father read in the local newspaper that this gentleman had died several days BEFORE he saw him walking along the high street. Perhaps he was taking one last look around his old “haunts”?

The last few events sadly relate to the death of my Dad, who died in October ’96. My daughter was due to be born in December ’96, and the last time I saw my Dad alive we were talking about it, and he said “I may not be around to see her of course, it’s the way of the world that when one life comes into it, another leaves to make way.”

Firstly, although my Dad had a bit of an odd sense of humor, he spoke with a note of seriousness in his voice.

Secondly, I asked how he knew my baby would be a “she” to which he replied with a glin tin his eye, “I just know!” People may put this down to a man just hedging a 50/50 bet, and hoping he was right so he could say “I TOLD you I knew!”, but I knew my Dad better than that. A couple of footnotes to this tale, the night of my Dad’s funeral, my Aunt stopped over.

Now she is a captain in the Salvation Army, and so I guess her beliefs in earthbound spirits are minimal, if existent at all. She awoke in the middle of the night to see a multitude of colorful, swirling lights hovering above her head.

She felt no fear, only the strong presence of my father and a feeling of well being. The phenomenon continued for a short while and gradually faded away. A few strange events happened in the household for a few months after my Dad’s death, including the television switching over to his favorite channel when a war documentary was being aired, which was always his favorite choice of viewing!

As well as this, several objects were moved during the night, although not seen to be moved, once or twice a noise was heard in the darkness of an object being dropped into a new location.

One more thing, in the December after my Dad died, my daughter was born. I was discussing with my partner how she seemed perfect, and didn’t even seem to have any birthmarks, to which she replied “Oh but she does, on the back of her right leg, on the calf..”

At this the hairs on the back of my neck rose… I quickly checked, but there was no sign of a birthmark. She asked why I looked so shocked, and I explained that my Dad had a birthmark in exactly the same place, and the same size and shape that she was describing.

As far as anything supernatural goes in my life, that’s it for now, but I will be sure to write if and when anything else happens to me… I sure hope it does, and hope I can maintain the composure to look at it in a logical, scientific way, applying Occam’s razor to it all.