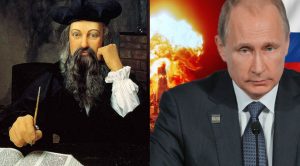 The predictions of the medieval scientist Nostradamus have always aroused and continue to arouse genuine interest among people. He predicted many tragedies that have already happened in different countries of the world.

Nostradamus is believed to have accurately predicted landmark events, such as the rise of Adolf Hitler, World War II, the September 11 terrorist attack and the French Revolution, that have shaped our world. The French mystic astrologer wrote 6,338 prophecies, including when, where and how our world will dramatically end.

Despite the fact that researchers interpret Nostradamus’s quatrains in different ways, their opinions often converge. This also applies to 2023.

The famous quatrains of the seer are studied by specialists and lovers of the paranormal. This is not surprising, because many of the predictions of Nostradamus came true during his lifetime, the prophecies remain relevant to this day.

In his quatrains, the famous astrologer encoded in allegorical form those events that will have to happen to humanity in the future.

Without going into the intricacies of calculating the dates, which the predictor also encrypted, we can say that it is in the next year that the Third World War will begin.

At least, many researchers of quatrains insist on this. So, John Hoag in his book “Nostradamus. The Complete Prophecy” writes that a global military conflict will happen in the 2020s. At the epicenter of action will be russia, the United States and China.

This has been also predicted as the conflict in Ukraine caused by russia’s invasion can grow even bigger, resulting in World War 3.

Or it could refer to the ongoing conflict in Southeast Asia between China and Taiwan which threatens to drag the United States into a terrifying nuclear war.

Although the prediction of famine was previously attributed to 2022, now researchers believe that perhaps the French scientist had in mind after all 2023. As mentioned above, such disagreements are due to the interpretation of dates.

Be that as it may, in the future, according to Nostradamus, people driven by hunger will begin to move from place to place, but this will not affect the situation in any way. Problems with drinking water and crops due to the use of chemical and nuclear weapons will remain. 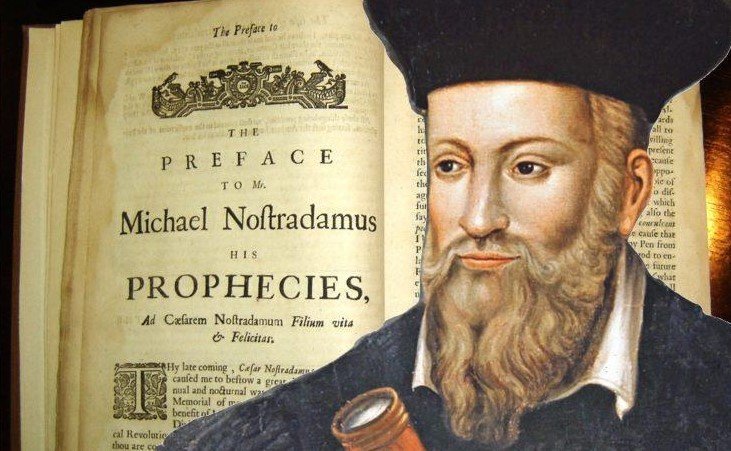 The collapse of the economy in 2023, which Nostradamus also saw, can be considered a natural consequence of the global conflict. Joseph Jochmans, who studies ancient texts, reports that in his quatrains, the French alchemist spoke about the depreciation of money.

In 2023, people will allegedly kindle bonfires with banknotes, because the money will no longer be suitable for anything else. There will be riots as depositors storm the banks demanding damages, but the doors won’t be opened to them.

The French pharmacist and alchemist Michel de Notredam predicted that the 21st century would be marked by a large number of all kinds of natural disasters and natural disasters. Will not be an exception, according to Nostradamus, and 2023.

And this is not surprising: it was in the mentioned year that the soothsayer saw a change in the orbit of the Earth. Moreover, the researchers believe that Nostradamus predicted the fall of a huge meteorite on our planet, as evidenced by one of the quatrains about a fiery trail in the sky.

Looking out into our Galaxy, the French mystic cryptically refers to a “light on Mars falling”. These words could be explained as the planet appearing to move backward in the sky, say believers.

Or it suggests that humanity could be on the verge of a major breakthrough when it comes to colonising the Red Planet.

Elon Musk has made no secret of his desire to send humans to Mars and has suggested humans will land there by 2029. So maybe the billionaire has something up his sleeve for 2023.

Among the predictions made by Nostradamus for the coming year is a new Pope to succeed Francis.

According to the soothsayer, Pope Francis will be the last true Pope and the pontiff who takes his place will create a scandal.

“In the final persecution of the Holy Roman Church, there will be Peter the Roman, who will feed his flock amid many tribulations, after which the seven hilled city will be destroyed and the dreadful Judge will judge the people.

The Magick of Color and Candles