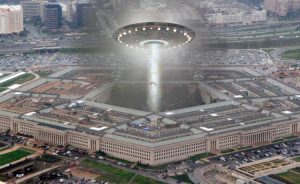 The Pentagon-based office for the study of unidentified anomalous phenomena in space, air, and sea has not found signs of alien life on Earth, but the search continues, The Washington Post (WP) writes, citing senior officials in the US Department of Defense.

As specified in the military department, the new department is studying hundreds of reports of unidentified flying objects (UFOs), and anomalies in the sea, and space.

Experts analyze reports of similar phenomena that have been accumulating for decades. At the moment, experts have about 140 reports of incidents that cannot be explained.

“We currently have no evidence to support the existence of alien life,” Pentagon intelligence official Ronald Moultrie said during a press conference.

Sean Kirkpatrick, director of the Office of Anomaly Resolution in all areas, added that people usually mistake drones for UFOs.

American experts explained that they were concerned about unusual activity in the ocean. Therefore, the Pentagon now uses the phrase “unidentified anomalous phenomena” (UAP) instead of the term “unidentified flying object” (UFO).

The All-domain Anomaly Resolution Office (AARO) was created in July to investigate unidentified objects in the sky, underwater or in space.

Its establishment followed more than a year of renewed interest in unidentified flying objects that military pilots have observed but have sometimes been reluctant to report.

The AARO is headed by Sean Kirkpatrick, who said the Pentagon received “several hundred” reports into the phenomenon this year.

“I would just say that we are structuring our analysis to be very thorough and rigorous. We will go through it all,” Kirkpatrick said. “As a physicist, I have to adhere to the scientific method, and I will follow that data and science wherever it goes.”