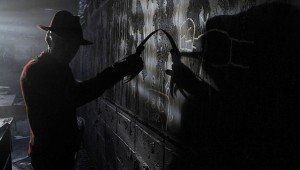 Dreams are more than just night time movies, playing out in our minds. They frequently symbolize a waking situation that demands more attention. Dreams help us process information, filtering through it to find hidden meanings of our inner self. Many individuals have between 6 to 8 dreams a night, but most of us only remember the horrifying ones.

If you dream of having a rash on your skin, this could be your subconscious mind’s way of telling you to reexamine a situation. A rash often symbolizes repressed anger and frustration, often combined with a feeling of being pushed into making a “rash” decision.

Being Naked in Public

Ever dream you were caught naked in a public place? This could point to an underlying anxiety about your self-image or a fear of being judged. If these dreams repeat on a regular basis, study your situation to better understand the source of the anxiety. Studies have shown that 4 out of 5 people have dreams about being naked in public at least once in their lives, so if you do have this dream, know that you’re not alone.

A recent German study has found that men who dream of killing people in their dreams are more aggressive in real life. 443 university students were surveyed in the study. Students who reported having dreams of killing other people had higher rates of hostility and aggression.

Violence in dreams could also point to an underlying medical condition. A 2010 article in the Neurology journal reports that people who have frequent dreams of death and destruction are likelier to suffer from neurodegenerative disorders such as dementia and Parkinson’s Disease.

Falling in dreams is very common. It typically shows a lack of control in your waking life. Do you feel anxious over letting go of something? If you fall backwards in a dream, this could mean you are trying to prevent a bad situation. The next time you have a falling dream, think about whether this frightened you or not. If it didn’t, the opposite could be true. It shows that you are confident you will overcome the situation.

Dreaming of guns often signifies issues with anger and aggression. If the gun in your dream becomes jammed, it might mean you are feeling frustrated that a situation isn’t going as planned. If someone is attempting to shoot you with the gun, it could point to a lack of control in a waking situation.

In dreamland, hair often has a sexual connotation. If you are smelling someone else’s hair, it could mean you are hoping to initiate a physical relationship with them. If your hair is falling out, it points towards a fear of aging and losing your sexual stamina. Cutting your hair shows a change in your situation or a loss of strength or vitality.

If you are often chased in your dreams, it could point to a real life situation you’re running away from. Are you facing a major decision or life altering change? Take a look at your waking life and try to face this fear instead of fleeing from it. Researchers recommend trying to see who is chasing you, as well. This could point to the source of the anxiety.

Crows in dreams often symbolize death and negative emotions. If you dream of a crow attacking you, this could mirror a current conflict in your life, one you’re trying to move away from instead of working through it.

If you suffer frequent nightmares, you might try looking into lucid dreaming where you can control the direction of your dreams.

About author: Joni Mayhan is a paranormal investigator and author. Her chilling paranormal books Bones in the Basement, Devil’s Toy Box, and The Soul Collector can be found on Amazon.com