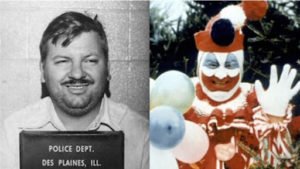 John Wayne Gacy was a pillar of society. Behind his public persona and the alter ego Pogo the Clown he used to entertain children, Gacy hid a secret.

Closer to his sisters and his mother, John Wayne junior suffered years of mental and physical abuse at the hands of his alcoholic father who delighted in calling his son a sissy.

On leaving school, Gacy was offered a trainee managerial position with the Nunn-Bush shoe company. It was here that he met and married his first wife, Marlynn Myers in 1964.

Gracy was fortunate enough to be offered a job by his in-laws who had purchased a number of Kentucky Fried Chicken fast food franchises. He was offered the role as manager of an outlet in Waterloo, Iowa.

Having made Iowa their home the Gacy’s settled into married life and had two children. John Wayne started to ingratiate himself into public life and community projects. He joined the Jaycees and was named outstanding Vice President of the Waterloo Jaycees in 1967.

By now Gacy was regularly cheating on his wife, Marlynn and rumours were circulating regarding his sexual persuasion. He formed a club for boys in the basement of his home where he allowed them to consume alcohol, and where, it was alleged, he made advances towards them of an improper nature.

In 1968 Gacy was accused of sexually assaulting two boys aged 15 and 16. In August of that year, Gacy hired a thug to assault one of his accusers. Unfortunately for him the youth he hired was apprehended by the police and made a full confession.

Gacy was arrested and convicted of sodomy. He received a 10-year sentence.

During his time in prison Gacy’s wife divorced him and he never saw his children again. He served only 18 months of his sentence before being paroled in 1970 and returned once again to Chicago upon his release.

Gacy and His Alter Ego Pogo the Clown

Gacy moved back to Illinois after his release from prison. Here with financial assistance from his mother he purchased 8213 West Summerdale Avenue, Cook County.

Gacy’s life looked as though it had turned round. He was married for a second time and started his own construction business, PDM Contractors. To his friends and neighbours Gacy was a hard working, successful business man who was devoted to his family and well known for his work amongst the community. 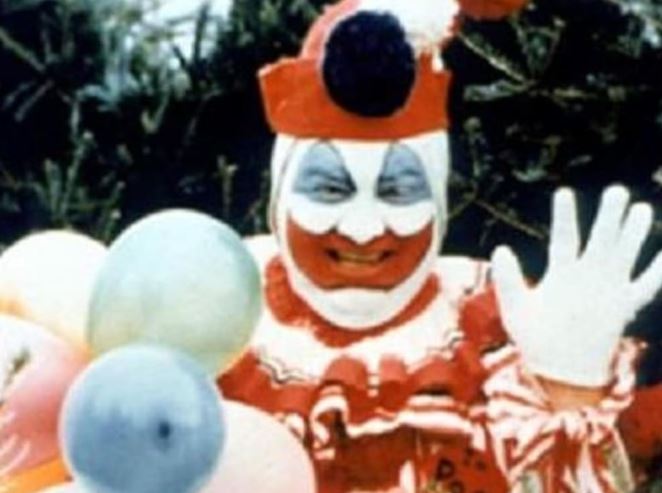 However, in March 1976, Gacy was divorced from his second wife, Carole.

To further his good work in the community and to entertain children, Gacy started to dress up in a clown costume and make up and perform as Pogo the Clown. He also became an active member of the Democratic Party and it wasn’t long before he was serving on various committees.

In spite of the community spirit facade that Gacy portrayed, his killing spree had already started.

On January 3 1972, Gacy picked up Timothy McCoy and stabbed him, hiding the body in the crawlspace beneath his house. In July 1975 John Butkovich was strangled by Gacy. He convinced the young man to allow him to cuff his wrists behind his back. This time the body was buried in the garage.

Following his divorce from his second wife it was easier for Gacy to continue his killing spree. Between April and October 1976 Gacy killed at least eight young men, disposing of their bodies in the crawlspace under the house.

In December 1976 Gregory Godzik became another of Gacy’s victims and in January the following year John Szye disappeared, followed by another eight murders during that year.

He tortured, sexually assaulted, and then murdered and buried the remains in the crawl space underneath his house until he ran out of space and began dumping the bodies in the river to dispose of them.

By 1978 Gacy had run out of room to hide the bodies on his property and started to dispose of his victims in the Des Plaines River, but he was beginning to become complacent and make mistakes.

The Disappearance of Robert Piest

On December 11 1978, Robert Piest disappeared from the Des Plaines pharmacy having told his mother he had been approached by a contractor offering him employment.

He left the shop to discuss the job with Gacy but never returned. The owner of the pharmacy remembered seeing Gacy in the store. Police followed up the sighting and contacted Gacy for a statement in which he vigorously denied meeting the boy.

Police investigations into Gacy’s past revealed that he had an outstanding battery charge in Chicago as well as his conviction for sodomy, something he had successfully kept hidden until then.

A search of Gacy’s property turned up several suspicious items including drivers licences belonging to other people. No charges were brought due to insufficient evidence but Gacy issued a $750,000 civil suit against the Des Plaines Police Department.

Meanwhile, investigations into Gacy continued and police discovered a link to the disappearance of three youths.

What made Gacy so hard to catch was his involvement in the community and his alter ego “Pogo” that he used to mask his dark crimes and entertain children at functions, hospitals, and block parties. He was considered a model citizen and was well liked and respected in society.

One of the infamous statements that he made after his conviction was “A clown can get away with murder”. Well, he was wrong. 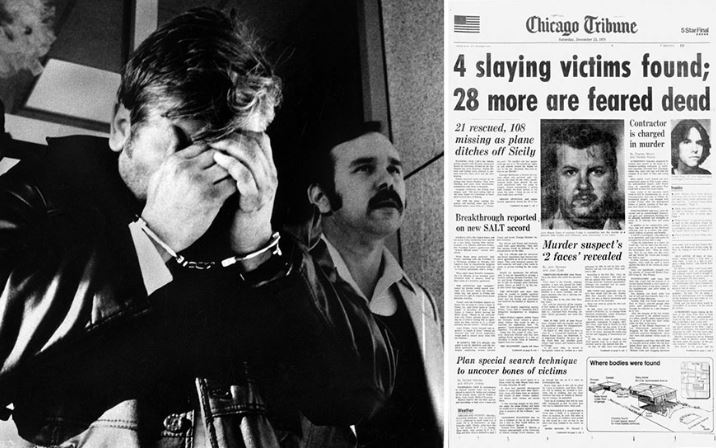 Gacy continued to make mistakes. On December 20 1978 he invited in the two detectives watching his house. They remarked on a strange odour emanating from the heating duct, little did they know at that stage the real source of the stench.

Two days later Gacy was arrested for possession of marijuana. While conducting a search of the house, police officers found several human bones in the crawl space.

Gacy confessed to killing between 25-30 men, throwing 5 bodies off the 1-55 bridge into the Des Plaines River. But Gacy’s recollection was wrong, 29 bodies of young men ranging in age from 14 -21 were found on his property alone.

The end came for Gacy on May 10th 1994 when prison officials at Stateville Correctional Center in Crest Hill, Illinois administered a lethal injection that sent “The Killer Clown” to his doom. Gacy showed no signs of remorse for his crimes and reportedly his last words to the world were ”Kiss my ass.”