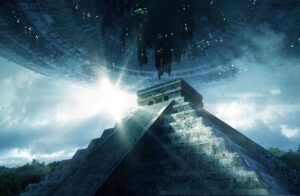 Do extraterrestrials (ET) exist? This question has haunted the human civilization for hundreds of years.

A new study refutes claims that there are no extraterrestrials or intelligent civilizations on other star systems within the Milky Way.

The earliest known sighting of an unidentified flying object (UFO), the alleged ship of visiting aliens, was recorded on 14th century BC in Ancient Egypt. Since then, other accounts of UFO sightings and ET encounters have started to emerge in different parts of the world throughout human history.

To date, the Internet is teeming with traces and so-called evidence of visits from our otherworldly guests. However, since disinformation is rampant online, it’s quite challenging to pinpoint genuine proofs from hoaxes.

Back in the summer of 1950s, famous Italian physicist Enrico Fermi and his colleagues were discussing UFO reports over lunch when he was quoted asking: “Where is everybody?”

“He concluded on the basis of such calculations that we ought to have been visited long ago and many times over,” York said.

Extraterrestrials may Have Visited Earth Millions of Years Ago

Fermi’s question that faithful summer day has since represented all doubts about the existence of aliens, known as the Fermi Paradox. Then, in 1975, astrophysicist Michael Hart tackled the Fermi Paradox and concluded that there are no other intelligent civilizations in Milky Way.

In response to Fermi Paradox, a new study published in The Astronomical Journal offered a new perspective to the query. According to Jonathan Carroll-Nellenback, the lead author of the study from the University of Rochester, aliens exist and “they are just taking their time and being strategic.”

“If you don’t account for the motion of stars when you try to solve this problem, you’re basically left with one of two solutions. Either nobody leaves their planet, or we are in fact the only technological civilization in the galaxy,” Carroll-Nellenback told Business Insider.

In their study, Carroll-Nellenback and his colleagues took into account the movement of stars and the planets orbiting them in the galaxy.

He pointed out that since stars orbit the center of the Milky Way in different paths at different speeds, there are instances that they pass one another. Meaning, intelligent civilizations on other star systems could just be waiting for their next destination to come closer to them.

If this is the case, the researchers posit that civilizations may take longer to spread on different stars. Maybe, extraterrestrials may have already reached us, long before humans evolved millions of years ago. Or, they are yet to find us.

“If long enough is a billion years, well then that’s one solution to the Fermi paradox. Habitable worlds are so rare that you have to wait longer than any civilization is expected to last before another one comes in range.”

In their model, the researchers tried to eliminate as many sociology as they could. According to them, modeling the galactic spread of alien civilizations becomes problematic due to predictions based on human behavior.

However, Carroll-Nellenback and his team found that even with the limitations of human sociology, the Milky Way could still be filled with settled star systems. He said:

“Every system could be habitable and could be settled, but they wouldn’t visit us because they’re not close enough.”

Currently, astronomers have already detected around 4,000 exoplanets. Unfortunately, none of these planets host life.

But, the University of Rochester researchers said that our galaxy has over 100 billion stars, with 10 billion believed to be Earth-like and could be hosting life. They argue that Hart’s claim that there are no extraterrestrials in Milky Way is like “looking at a pool of ocean water and finding no dolphins, then deciding that the entire ocean has no dolphins.”

Also, the team claimed that not because we haven’t found concrete evidence that otherworldly beings visited Earth, they were never here. Since Earth is already 4.5 billion years old, an alien civilization may have already come here millions of years ago, when humans have not existed or evolved yet.

There’s also the possibility that extraterrestrials have already found our planet, but just decided not to visit.
Despite lack of proof, Carroll-Nellenback thinks that scientists should not be discouraged by the “silence of the universe.”

“It doesn’t mean that we’re alone. It just means that habitable planets are probably rare and hard to get to.”