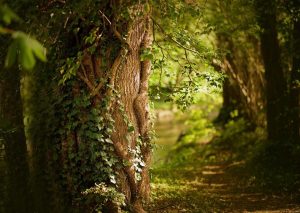 Based on recent experiments that have shown that plants are capable of learning and making decisions, it has been suggested that they are conscious.

The idea that plants can learn and make decisions may seem far-fetched, but recent experiments show that it may indeed be so.

Is this true, and what implications does this have for our understanding of consciousness and human psychology?

Paco Calvo, a researcher at the University of Murcia in Spain, is on the path to exploring this somewhat controversial possibility.

Hoping to one day answer the highly unusual question of whether plants are sentient, he is trying to develop a scientific basis for understanding plant “neurobiology”.

The scientific approach to consciousness is a controversial undertaking, primarily due to the lack of concrete ways to study or define it. However, Calvo’s experiments raise some interesting questions, although they are still conceptual.

Plants are widely believed to be sentient, albeit in a simple form. Talking, reacting, and even deceiving insects are all part of their behavior. However, these events can be attributed to a simple evolutionary adaptation – a passive reaction rather than a conscious choice.

Elizabeth Van Volkenburgh, professor of plant science at the University of Washington, says plants are aware of their environment, themselves, and their neighbors.

While we don’t know if plants are conscious, Calvo and other scientists have developed a litmus test to determine if they have a sense of will, or at least cognition.

When the legumes climb the obstacles in the experiment, they move towards the highest column that the scientists placed behind the obstacles. Legumes are looking for a way to this, the highest pillar, to get access above, where it is warm and sunny.

In the process of deciding where to settle, they make wide sweeping movements and exhibit a burst of electrical activity as they cling to a new railing.

Calvo thinks this combination of factors could be indicative of basic cognitive function and even that plants have subjective experience in a deeper sense. The beans may even know that this post is nearby and make their way to it.