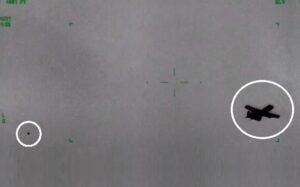 New footage of a UFO chasing a US Air Force A-10 aircraft has been posted online. The video was posted by an anonymous source from the US Department of Homeland Security.

The UFO was filmed from the ground when it first entered a collision course with a military aircraft, and then turned around and began to pursue it.

The object has been analyzed and found to be a genuine UFO / UAP of unknown origin, demonstrating advanced flight capabilities, the source said.

The object in question came extremely close to the A10, during its routine flight, and began following and even catching up to the jet before changing direction.

The A10 seemed to have taken notice of the object as it eventually turned and circled the same area again. The unknown craft once again buzzed the A10 dangerously close before taking off in the opposite direction at high speeds.

Towards the end of the footage, as the FLIR operator was observing the craft, it suddenly accelerates at high speeds and flies out of sight.

When viewing frame by frame, researchers noticed that the UFO is constantly changing. 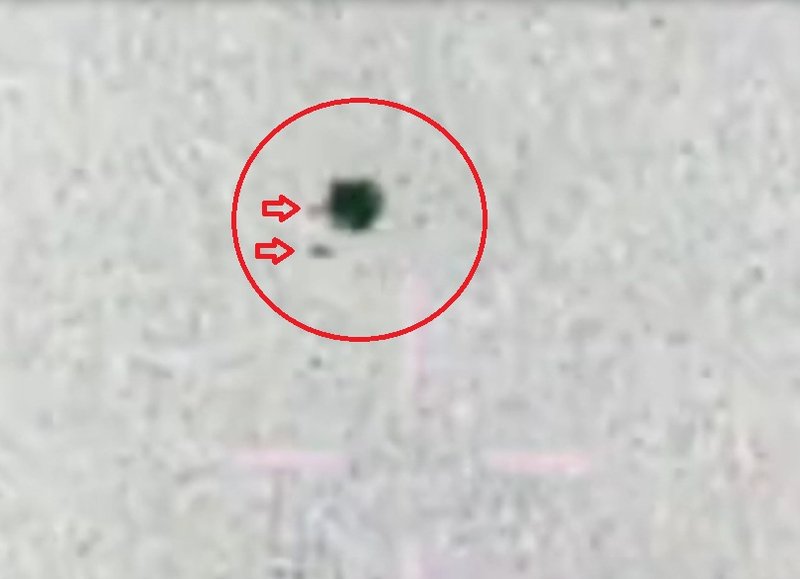 The object changes its shape all the time, and sometimes it splits into two large objects of equal size and releases smaller objects out of itself.

On June 25, 2021, the Office of the Director of National Intelligence released a report on UAPs (unidentified aerial phenomenon). The report found that the UAPTF was unable to identify 143 objects spotted between 2004 and 2021.

The report said that 18 of these featured unusual movement patterns or flight characteristics, adding that more analysis was needed to determine if those sightings represented “breakthrough” technology.