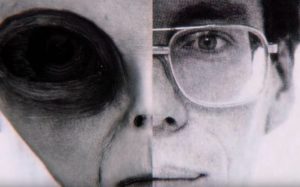 The man who claimed to have reverse engineered UFOs is the subject of a new documentary about his time in Area 51.

An alleged witness to captured alien’ saucers,’ Lazar claimed that he had an intimate knowledge of what powered them-Element 115-a chemical element that would not be synthesized until 2003.

He also claimed that he had seen government briefing papers describing alien participation in human affairs.

Now a new documentary by filmmaker Jeremy Corbell entitled “Bob Lazar: Area 51 and Flying Saucers” aims to explore the life of Lazar and his remarkable claims.

A documentary trailer, which will be available for streaming on 18 December, can be viewed below.