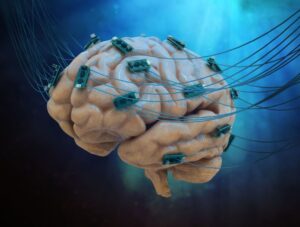 Elon Musk is actively working in several high-tech areas. One of the priorities in his activities was the Neuralink project, within which research is being carried out to create a brain-computer interface.

The successes already achieved suggest that Musk may begin testing the chips on humans in the very near future. Prior to this, the work of implanted Neuralink chips in the brain of pigs was demonstrated. And more recently, a monkey was shown at a special event controlling the “power of thought” of a computer.

Musk emphasizes that the main field of application of chips should be medicine. With their help, it will be possible to compensate for the work of damaged areas of the brain.

Experts are positive about this idea, because such an innovative technology can really solve many important problems. For example, people who have been deprived of the ability to express their feelings and emotions by illness will receive the opportunity they need to communicate with others.

There are several other scenarios where such a chip can be implanted in a person.

As Musk himself says, the chip can greatly expand human capabilities. For example, it will be easier and more comfortable for him to interact with electronics, quickly open combination locks.

In addition, it will be possible to forget what depression and bad mood are, and efficiency will become a constant companion. He declares his readiness to implant such a chip as soon as this technology is fully ready for commercial use.

Currently, work is underway at the level of approvals between Neuralink and the US authorities. It must be approved for clinical trials. Musk hopes the approval will be received within the next six months.

Teleportation in the universe: wormholes turned out to be possible