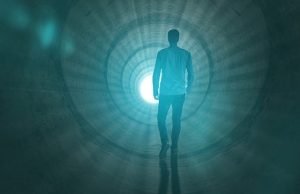 NDE researcher Dr. Kenneth Ring calls near death experiences “modern-day religious revelations” in his book Lessons from the Light. In his assessment, Ring alludes to the transformative wisdom that people who come back from the brink of death acquire.

NDErs, those who have died but lived to tell their story, claim their encounter with God, an entity who manifests as a brilliant white light, helps them understand that love is the foundation of creation and one of the main reasons for existence.

Near death research studies and NDErs’ accounts relay the same simple truth that love is of supreme significance. Cultivating love for oneself and for others has preeminence over all other strivings and accomplishments. This insight is conferred on people who nearly die from various causes, including life-threatening illnesses, injuries, and suicide attempts.

After devoting his life to NDE research and analyzing hundreds of accounts, researcher Dr. Kenneth Ring has concluded, “Of all the teaching in the world, the greatest is love. And of all the lessons of the NDE, none is greater than the importance, indeed the primacy of love. And what the NDE teaches about love is that everything is love, and is made of love, and comes from love.”

Betty Eadie, who has had an NDE, describes the centrality of love: “I understood the natural order of love everywhere. First, we must love the Creator. This is the greatest love we can have (although we may not know this until we meet him). Then we must love ourselves. I knew that without feelings of self-love the love we feel for others is counterfeit. Then, we must love all others as ourselves.”

After death experiences confirm the brilliance of the Golden Rule, which is found in various manifestations throughout the world’s great religious traditions. “Do unto others as you would have them do unto you” is its simple, straightforward message.

People who have had life after death ordeals describe the Light – which they almost universally identify as God – as perfect love, understanding, and compassion. They continually try to articulate that the love that is God is beyond human comprehension and defies human understanding.

Dr. Kenneth Ring includes observations from a woman named Peggy in Lessons from the Light: “It was overwhelmingly evident that the Light loved everyone equally without any conditions. I really want to stress this because it made me so happy to know we didn’t have to believe or do certain things to be loved.”

Near death experience researcher Jody A. Long observes that the “overwhelming majority of NDErs … used the words ‘spiritual’ and ‘love’ interchangeably.” Indeed, the NDE’s ultimate revelation about the primacy of love leads many NDErs to become more spiritual and less rigidly religious.

After their brush with death, many people give up the rules and formalities of organized religion to forge a path to authentic spirituality that resonates better with the insights they gained in their NDE.

Dr. Kenneth Ring includes the story of Steve who said, “I love God more than anything. But I almost can’t go to church. … I can’t relate to the shame and guilt of the lessons. … They don’t fit into any of the experiences I’ve had.”

Long’s extensive study published on the Near Death Experience Research Foundation website confirms that many people become more spiritual after their “death.” Of the nearly 300 respondents to the survey, only 2% reported being spiritual before their afterlife experience, while 49% reported they were after.

Dr. Ring remarks near death experiencers frequently move away from “the formal aspects of religion – in the sense of organized religion – [these] become less important to them and a more universal and inclusive spirituality that embraces everyone comes to exert a deeper hold on their allegiance.”

Long relates that many people who choose to continue or return to organized religion choose to interpret the teachings with a more spiritual and less dogmatic eye.

What is an NDE? Many people who have died and come back describe an other-worldly mystical encounter that cannot be captured with words. Raymond Moody imparts a woman’s description of the inadequacy of three-dimensional human understanding in relating her NDE episode in his book Life After Life.

The limitations of human consciousness seem to cloud our understanding of the awesomeness of the love at the core of the creation, which is revealed to those individuals who cross to the other side and return transformed.

According to Moody, many NDErs “feel that the experience is so indescribable, so far beyond human language and human modes of perception and existence, that it is fruitless even to try.”

These individuals do not try to convert others to their way of thinking or start new cults or churches but rather, for the most part, they quietly go about sharing the revelation of love and grace they acquired through their brush with mortality with others with whom they come into contact.