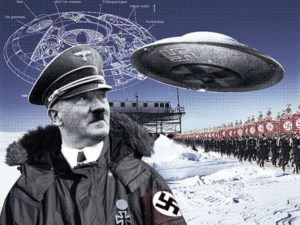 Adolf Hitler and other Nazi bonzes heeded predictions of pagan priests and astrologists. But little is known about the interest of the Third Reich in aliens. Ufologists in the West think that the issue was purposefully kept secret because a great share of the classified army and technology heritage of Nazis had been seized by countries of the anti-Hitler coalition.

Much of what is said by western historians and ufologists may sound too fantastic and even absurd.

Nazi researchers succeeded in development of nuclear bombs, other up-to-date armament and achieved a very high technological level in general. It is supposed that the success was thanks to contacts with aliens that were quite regular.

Before Hitler came to power national socialists had been developing projects meant to find the origins of the legendary Aryans and the location of legendary Shambala. They expected to obtain some secret super knowledge to seize the domination over the world. Secret expeditions were sent to Tibet and the Himalayas. The number of such expeditions considerably increased when Nazis came to power in 1933.

The secret projects were especially active within 1935-1939, and probably expeditions were even sent after the war campaign in Europe started. But all the documents pertaining to the projects were destroyed before Nazi Germany capitulated or probably are still being kept in undisclosed hiding-places. 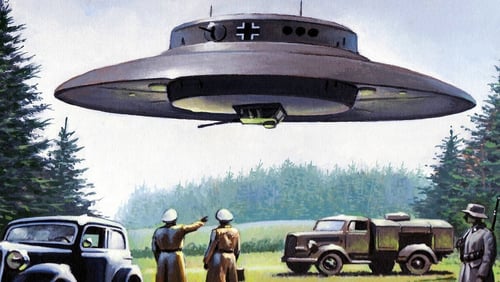 Ufologists several times supposed that some Nazi expedition probably came across a wrecked UFO and contacted its crew. That highly likely occurred in the Himalayas. Or maybe the Germans took an extraterrestrial crew prisoners or came across an alien base.

However, majority of researchers think that contacts between Germans and crews of crashed UFOs were mutually beneficial. Aliens got materials to repair their space vehicles, and Nazis gained new and knowledge and technologies from aliens. So, much of Germany’s scientific researches are considered to be achieved thanks to the information obtained from extraterrestrial civilizations.

Indeed, outstanding scholars and researchers left Germany, and national scientific schools stopped functioning during WWII. And it is unlikely that scientific and technical achievements that Germany fixed could be done taking into account the situation in the national science in Germany.

In the sphere of modern technologies Germany was far ahead of its basic war enemies – the United States and the Soviet Union that held immense scientific potential.

No one can say for sure if Nazis actually had contacts with aliens or not. Defense technology and economy experts state that at the end of the 1930s Germany possessed just 57 submarines, and over the four years of WWII it built 1,163 modern technologically advanced submarines at its dockyards and even put them into operation.

How was that possible when Germans were short of materials for waging war, and under the condition of terrible bombing by allied forces? One may also wonder why Nazis did not create more perfect technologies with the assistance of extraterrestrial intellect. In fact, the Germans used only technologies that required a short production period.

Nazis created the first jet-propelled destroyer that could make up to 1,000 km/h and was superior to any airplane known in the anti-Hitler coalition. It is a mystery how Germans managed to produce 2,000 new fighting machines over the few months of 1945 and even adopted them.

The US war archives and the British Air Force archives contain a great number of reports from military pilots who said they came across strange flying apparatuses resembling British military helmets when flying over Germany.

American Kenneth Arnold who is known as the UFO discoverer was not the first contemporary who witnessed flying saucers in the sky. British and American pilots witnessed the phenomenon during WWII. Firing such objects did not damage them at all! 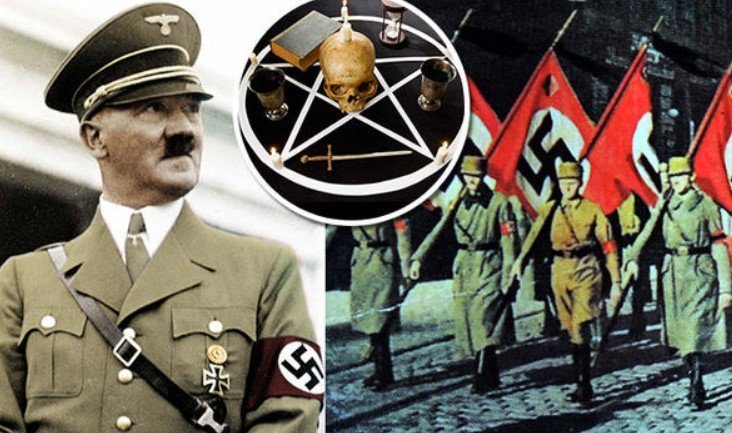 Pilots of US Air Force interceptors who flew over the German territory in winter of 1945 also witnessed UFOs. Soon after that strange balls never showed up.

These days, some authors insist that the above episodes prove that the Third Reich had secret weapons at its disposal. They also refer to German designers Schriever, Habermol, Miethe and Belluzzo who were said as working on flying discs since 1941. But outstanding aviation experts denied the version.

They said that even modern technologies did not allow production of aircrafts as invulnerable and speedy as those objects. Indeed, the experts were absolutely right but they did not consider the fact that Germans could create the apparatuses after a contact with aliens.

Raul Streicher, 85, from Germany made a sensational statement in Der Spiegel in 2000. The old man insisted that it was he who was in fact the number one spaceman, not Soviet Yury Gagarin! He added that he had been first in orbit in 1945.

That sounded an absolute fable, and Der Spiegel launched a special investigation of the case and studied classified archives of the Third Reich. The investigation proved that the old man was not lying.

Before WWII, Germany set up a network of secret research institutes to develop and improve arms and methods of impact on humans. In 1938, a specialized rocket engineering research institute was founded near Wewelsburgh where the SS headquarters were located.

Reich’s marshal Gering was the curator of the institute that designed the panzerfaust, the Panzerknakke pocket grenade cup discharge and various war missiles including the Fau-3 missile complex.

Nazis pinned great hopes in the latter as the A9/A10 cruise missile that was part of the complex could be used either as intercontinental (Hitler planned to destroy New York in the summer of 1945) or as a space rocket. 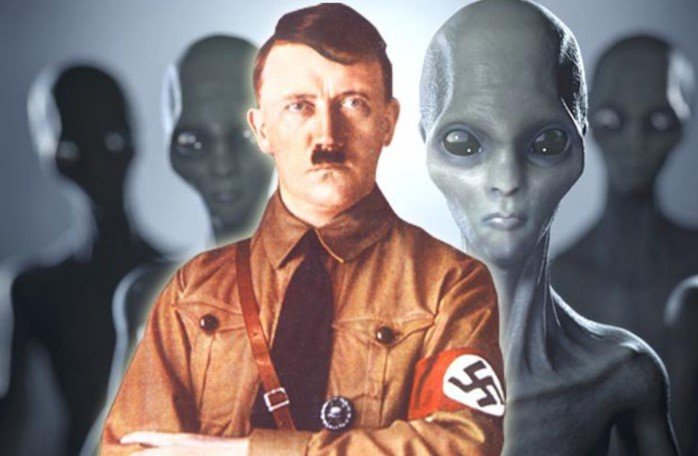 Test launching of the missile took place in 1943, but the invention turned out to be technically imperfect and sixteen out of the 18 launched missiles exploded at take-off or in the air. Next year, the research institute produced about 40 improved missiles.

At the same time, the fuehrer ordered to recruit military astronauts among German aces. A new squadron consisting of from 100 to 500 pilots was formed in March 1944. Raul Streicher was also among them.

After several successful tests of the rockets in 1944 the final selection of astronauts was held. Hitler chose two candidates judging by their personal horoscopes as he was fond of astrology. Those were Martin von Dulen and Raul Streicher, and the fuehrer obviously sympathized with the latter.

A rocket with von Dulen on board was first launched on February 18, 1945 and was a bad luck as the rocket exploded in about three minutes after the start. In six days another rocket with Raul Streicher on board was successfully launched; then it orbited the Earth and landed on water in Japan. So, Streicher says that his flight on February 24, 1945 was the beginning of space exploration by humans.

When Nazis realized that their war campaign was lost they decided to blow up a small cosmodrome near Wewelsburg and planned to shelter results of investigations and researchers of the secret research institute in a castle in the Carpathian Mountains.

The leader of the research institute was the owner of the castle and he hoped to continue researches there after the end of the war and some day gain revenge. But the sweeping advance of the allied forces frustrated the plans.

American forces seized the head of the research institute, and Soviet troops got some of the rockets designed by the institute. Later they were used in development of the Soviet space technique.

There was an order to liquidate Streicher as he knew too much. The astronaut was in hiding in Eastern Europe for some time and then after several years settled in GDR. After Yury Gagarin’s first flight into space in 1961 Streicher announced that it was he and not the Soviet astronaut who must be considered the pioneer of space. However, the man failed to provide evidence to prove that he was true.

Estrogen, Espionage, and The Plot to Turn Hitler Into a Woman

The 3.75 Million Years Old Laetoli Footprints – Who Made Them?