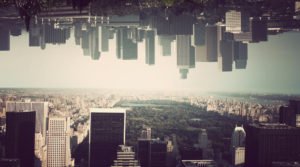 From science fiction to science fact, there is a concept that suggests that there could be other universes besides our own, where all the choices you made in this life played out in alternate realities. The concept is known as a “parallel universe,” and is a facet of the astronomical theory of the multiverse.

A cosmic ray detection experiment conducted by several NASA scientists found particles that might be from outside our own universe. The group of experts was working with NASA’s Antarctic Impulsive Transient Antenna (ANITA), reports techtimes.com.

They detected a tau neutrino or a heavier particle coming from “up” out of the Earth in 2016, which means that these particles are traveling back in time and could be evidence of a parallel universe.

These high-energy neutrinos are a million times more powerful than anything we can create here on Earth and are of great interest to astrophysicists as they are the only ones that can reach Earth attenuated.

The discovery was made by accident, as the team decided to investigate signals that have been dismissed as noise in the first two flights of the ANITA device.

In an attempt to explain the strange happening, Gorham suggests that the particle changed into a different type before it passed through the Earth and then back again, which is the only way it could happen, but “not everyone was comfortable with the hypothesis.”

With that, the simplest and the most scientifically elegant explanation is linked to the parallel universe, wherein when the Big Bang happened, two universes were formed and that the other world runs in reverse. In this mirror world, time runs backward.