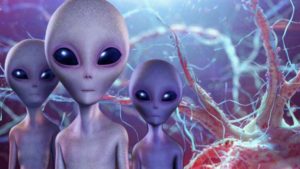 A NASA researcher has expressed concern about the possible arrival of extraterrestrial viruses. Scott Hubbard, a former director of the NASA Ames Center, said he has heard from colleagues about the growing interest in space exploration.

In The Andromeda Strain novel (Michael Crichton, 1969), a U.S. satellite crashes near the city of Piedmont, New Mexico, bringing with it a lethal alien microbe that quickly takes human victims.

The plot of the novel is fictional, but it explores a very real concern of space agencies and world governments. It is an old fear that has now gained new relevance in the face of the new coronavirus pandemic of the COVID-19 era.

The fear is that astronauts or our robots unintentionally contaminate our planet with extraterrestrial organisms or vice versa, that we contaminate other planets by visiting them. The more we explore space, the further we venture out in the cosmos.

NASA’s Perseverance rover will bring samples of Mars to Earth next summer. Scott Hubbard says people should quarantine samples “as if they were the Ebola virus until they are shown to be completely safe”.

The Mars rover mission is slated to start next northern summer with the launch of NASA’s Perversance rover. The mission will take samples from the surface of the red planet to a lab on Earth.

“I have heard from some colleagues in the area of human space flight that they can see how, in the current environment, citizens could become more concerned about the arrival of some microbe, virus, or extraterrestrial contamination,” Hubbard revealed.