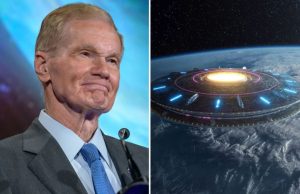 Former American astronaut Bill Nelson, who now holds the post of administrator of the National Aerospace Agency (NASA) since May of this year, admitted that the unidentified flying objects may be spaceships of representatives of highly developed alien civilizations.

As the head of NASA noted, unidentified aerial phenomena are often observed by American military pilots who are not used to believing in something without real evidence.

The behavior of UFOs allows us to state that there are no technologies on Earth that could become the basis of such flying vehicles.

“We do not know what it is, but I really hope that this is not the secret military technology of countries that are geopolitical rivals of the United States. It cannot be denied that the UFOs that we observe may be alien spaceships,” Bill Nelson said.

The NASA administrator added that the Universe is so large and diverse that there is no doubt that there is another intelligent life in it besides humanity.

“My personal opinion is that the universe is so big, and now, there are even theories that there might be other universes. If that’s the case, who am I to say that planet Earth is the only location of a life form that is civilised and organised like ours?” Nelson told Larry Sabato, a professor of politics at University of Virginia.

“Are there other planet Earths out there? I certainly think so, because the universe is so big.”

Nelson also said that Navy pilots have reported over 300 sightings of UFOs since 2004, with neither the military nor Nasa knowing what the objects are.