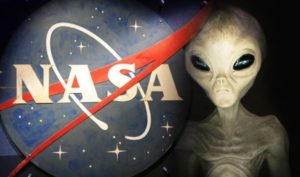 If one is to believe in NASA, humanity is likely to witness the first signs of alien life in the next 5-10 years or so.

“We know where to look. We know how to look. In most cases, we have the technology, and we are on a path to implementing it. And so I think we’re definitely on the road,” he told.

Recent discoveries suggest that the solar system and broader Milky Way galaxy teem with environments that could support life as we know it. For example, oceans of liquid water slosh beneath the icy shells of the Jupiter moons Europa and Ganymede, as well as that of the Saturn satellite Enceladus.

“Oceans covered much of Mars in the ancient past, and seasonal dark streaks observed on the Red Planet’s surface today may be caused by salty flowing water,” Stofan added.

NASA’s Kepler space telescope suggests that nearly every star in the sky hosts planets — and many of these worlds may be habitable.

NASA also aims to land astronauts on Mars in the 2030s. It is also planning a mission to Jupiter’s moon Europa which may launch as early as 2022.

“I think we are one generation away in our solar system, whether it is on an icy moon or on Mars, and one generation (away) on a planet around a nearby star,” noted former astronaut John Grunsfeld, associate administrator for NASA’s Science Mission Directorate.