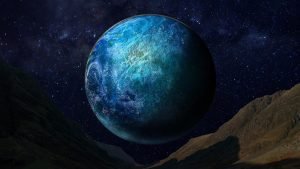 NASA scientists have announced the discovery of an Earth-sized planet orbiting its star’s habitable zone.

Experts were able to find the planet by analyzing data collected by the Transiting Exoplanet Survey Satellite, reports ABC News.

“This is one of only a few systems with multiple, small, habitable-zone planets that we know of,” Emily Gilbert, a postdoctoral fellow at NASA’s Jet Propulsion Laboratory in Southern California who led the work, said in a statement on NASA’s website.

Previously, the US space agency has already discovered three planets in one system – TOI 700 b, c and d. Planet e is also in the so-called habitable zone of the star.

The agency also added that the newly discovered planet is about 10% smaller than the planet TOI 700 d. New planet TOI 700 e takes 28 days to orbit its star, TOI 700, a small red dwarf star about 100 light-years from Earth.

Paul Hertz, a senior advisor to the Associate Administrator of the Science Mission Directorate, said in 2020 that “TESS was designed and launched specifically to find Earth-sized planets orbiting nearby stars.”