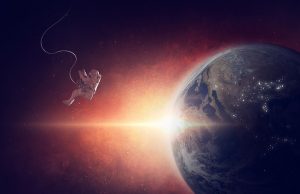 It has become generously obvious that as the astronauts of the 1960’s and 70’s that are moving towards retirement or have entered retirement are now coming clean with their first hand UFO stories. Some of the stories seem incredulous but consider the source.

For the sake of this post we have chosen four astronauts to examine: Buzz Aldrin, Edgar Michell, Gordon Cooper and Story Musgrove.

Buzz Aldrin graduated third in his class at West point in 1951 with a degree in Mechanical Engineering. He turned down a full academic scholarship at MIT to attend the Military Academy. He was an aid to the Dean of faculty at West Point. Aldrin then earned his Sc.D. degree in Astronautics from MIT. His graduate thesis was line of sight guidance techniques for manned orbital rendezvous.

Edgar Mitchell, Pilot on Apollo 14, 6th man to walk on the moon

While Mitchell has not seen a UFO, he claims that he has attended briefings on the subject.

“I happen to have been privileged enough to be in on the fact that we’ve been visited on this planet”.
“UFOs have been the source of disinformation to deflect attention and create confusion so the truth does not come out”.
“There is no questions that aliens have visited earth and are still visiting today”.
“There has been a vast government cover up for more then 60 years”.
“He claims to have met officials from three different countries who claimed to have personal contact with extraterrestrials”.
“A lot of contact has already happened”
“Roswell was real, a UFO crashed at Roswell” (Mitchell’s family was from Roswell)
“The world is already started disclosuring”

Mitchell earned a Bachelor of Science degree in Industrial Management from Carnegie Institute of Technology. While on active duty in the Navy he earned a Masters of Science degree in Aeronautical Engineering from the U.S. Naval Post Graduate School and the Doctorate of Science in Aeronautics and Astronautics from MIT.
Received Honorary doctorates from New Mexico State University, Carnegie Mellon and Embry Riddle.
Received the Presidential Medal of Freedom. Other awards too numerous to mention.

While flying for the Air Force in Europe he saw what he called a “vast armada” consisting of hundreds of UFOs. “They were higher and moving faster then any conventional aircraft were capable at the time”. Several pilots were on the same training mission and they also saw the “Armada of UFOs”.

While working as a pilot at Edwards Air Force base he said “a UFO landed at a near by dry lake bed. He went on to say “the craft put down three landing struts and landed”. He quickly assembled a film crew who filmed the saucer like craft on the ground which eventually flew away at a very high rate of speed”. The film was immediately sent off to Washington DC never to be seen again.

Completed his Bachelors Degree in Aerospace Engineering at the Air Force Institute of Technology.He logged over 7000 hours of flight time with 4000 hours in jets (new at the time).

He received the Legion of Merit Award, the Distinguished Flying Cross, NASA Exceptional Achievement Award, University of Hawaii Regents Medal and the Columbus Medal, to name just a few of his awards and achievement.

“The disc first appeared below the shuttle Columbia”.
“The disc was first observed to miraculously appear out of nowhere, flying through the clouds below moving from right to left”.
“The astronauts stared in utter amazement. The whole outer rim of the craft appeared to be rotating counter clockwise”.
He tried to communicate with Extraterrestrials on all six missions to space.

We all know that having multiple college degrees does not make one any smarter then the other but these four men had some of the most distinguished careers on the planet.

They were not simply Astronauts they were the best that NASA had to offer. They were accomplished beyond belief, two of them actually walked on the moon. If we cannot believe their stories about UFOs, Government Cover up, aliens visiting the planet then we will not believe any one’s story.

Change is inherently difficult for man, after all we made Galileo recant his belief that Earth is not at the center of the Universe, then he was put under arrest for the remainder of his life.

A new reality is already here, we now understand that many of the UFO sightings are actually alien spacecraft visiting Earth and they have been doing so for many, many years.

For some people it will take an actual spacecraft to land on the proverbial White House lawn to become believers and even then there will be some in our society that will not believe or will call it an elaborate hoax, false flag or whatever they want to use to stay in denial.

Others like myself have taken a hard look at the anecdotal evidence, hard evidence, empirical evidence and draw from some of our own life experiences to know that the UFO phenomena is real, it is happening now and it is undeniable.