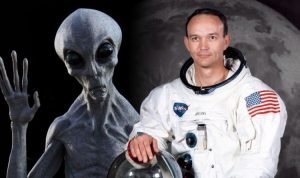 Former advisor of president Obama, John Podesta and NASA astronaut Edgar Mitchell were planning a meeting to talk about disclosing government information on aliens(ETI). According to the leaked e-mail on Wikileaks, send on June 25, 2014.

The e-mail send by the Apollo 14 astronaut is a request for a meeting with president Obama.

He was convinced that it’s time to disclose government information on extraterrestrial intelligence, “As we move into the last half of 2014, the need for extraterrestrial disclosure intensifies. Thank you for your kind consideration and response to my email,” Edgar wrote.

On July 4, 2014, Edgar had met a friend of president Obama, Pamela Hamamoto, Permanent Representative to the United Nations in Geneva.

Edgar Dean Mitchell was a United States Navy officer and aviator, test pilot, aeronautical engineer, ufologist and NASA astronaut. As the Lunar Module Pilot of Apollo 14, he spent nine hours working on the lunar surface in the Fra Mauro Highlands region, making him the sixth person to walk on the Moon.

Over 20 countries including the Vatican have released classified documents on extraterrestrial incidents on earth.

Even the Vatican’s Observatory and its top astronomers including Father Jose Funes and Brother Guy Consolmagno, who have met with Pope Francis, have publicly stated that God’s creation could very well include OTHER intelligent life, and that would mean they are our “brothers”.

“We work with specific ETI from a contiguous universe. They are nonviolent and in complete obedience to God,” says the Vatican.

In another e-mail leaked on Wikileaks, send on October 1, 2014, director of Quantrek ETI (Extraterrestrial Intelligence) Peace Task Force wrote on behalf of Edgar D. Mitchell to request a meeting in Washington, DC with John Podesta to discuss Disclosure and zero point energy.

The connection with extraterrestrial intelligence is to apply their zero point energy research for humanity, to move away from the use of fossil fuels, something CERN scientists have begun to study, as well as scientists all over the planet.

As can be seen from the leaked letters, there are many people who want the whole world to know the truth about alien life. Obviously, someone is interested in preventing this from happening.