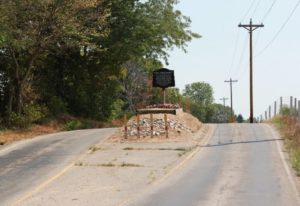 If you happen to be driving through the rural lanes of Indiana near the little town of Amity, Johnson County, you might come across something rather unusual – a grave in the middle of the road.

Nancy Kerlin Barnett died on December 1st 1831 at the age of 38. According to local lore, her last request was to be buried on this grassy hill near Sugar Creek. Other bodies were buried nearby, and the site became a small cemetery.

At the age of 14, Nancy married 22 year old William Barnett, who was the great great great grandson of Pocahontas and John Rolfe. William later drowned in the Ohio River on September 24, 1854 at the age of 67.

In 1901, Johnson County officials decided to build County Road 400 right through Nancy Barnett’s grave site, but Nancy’s grandson Daniel Doty wasnt having any of it. 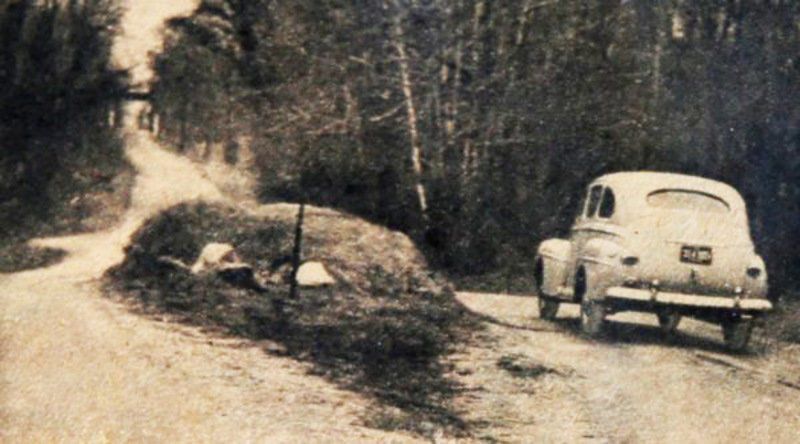 Daniel took his case to the city officials, pleading that his grandmother be allowed to rest in peace rather than have her remains relocated to another grave site, like they planned. The local authorities declined, insisting the plans go ahead.

When workers arrived to move Nancy Barnett’s remains in 1905, they were greeted by her grandson, Daniel G. Doty, standing vigil with a shotgun in hand, and he made it quite clear in no uncertain terms that as long as he was there… and he had no intention of going anywhere…. that his grandmothers remains were not going anywhere.

The city caved in to his demands. They moved all the other graves but hers, and the road was routed around her grave, splitting into two lanes and then meeting again on the other side.

According to the story, every time county workers went out to work on the road that became CR400, Daniel Doty was sitting there, guarding the grave with his shotgun. 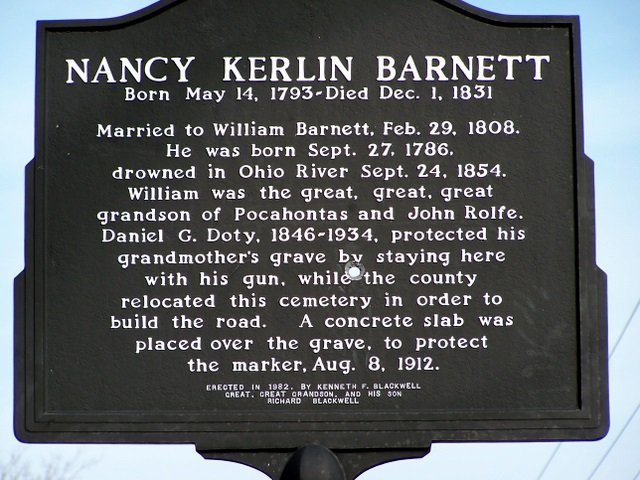 The story was that Nancy Barnett’s grave remained undisturbed while the others were moved. On August 8, 1912 a historical marker was added, and a concrete slab was placed over the grave to protect Nancy’s grave from further intrusions.

But in 2016 It turned out, she had company. Archaeologists who exhumed the Grave in the Middle of the Road so the pavement could be widened discovered the remains of at least seven people, two women, a man and four children.

So, it would appear that Daniel Doty not only protected his grandmothers grave, he also prevented all the other graves from being moved as well.