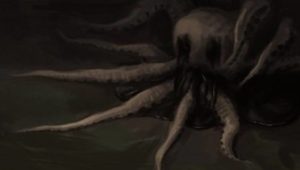 Located in the upscale Mayfair area of London, 50 Berkeley Square is or was the home to something called the “Nameless Thing.” Built in the mid 1700’s the location began to exhibit paranormal activity from the very beginning.

In the early years the phenomena seemed to be confined mostly to phantom sounds, foot steps and the sound of something large, like a human body, being dragged across the floor. As many years passed the intensity of the activity increased and eventually reached the level of extreme violence and death.

While 50 Berkeley Square seems to have been haunted since shortly after the time of its construction, it was not until a young man named Mr. Myers occupied the residence in the early 1800’s that the true terror of the Nameless Thing began. Myers was a wealthy man and deeply in love with his fiancée.

As the day of the wedding arrived, a feast was prepared and guests arrived at 50 Berkeley Square to celebrate the couple’s marriage. The bride however was nowhere to be found and after about 2 hours passed a note was delivered to Mr. Myers, the bride had called off the wedding.

Mr. Myers went into a deep depression and locked himself away on the 4th floor of the home. He became a recluse and rarely left the house, then only at night. Myers would eventually be found dead in his self-imposed 4th floor prison, dressed in the suit that he had so carefully chosen for his wedding. Myers died of a massive heart attack but judging from the horrifying look on his face, he may have been scared to death.

By 1840, the growing rumors that 50 Berkeley Square was haunted meant the home went unoccupied for long periods of time. Of course not everyone believed in ghosts, including a man named Robert Warboys. Warboys was at a local pub listening to stories of the horror that lurked in the home when he could take it no longer. 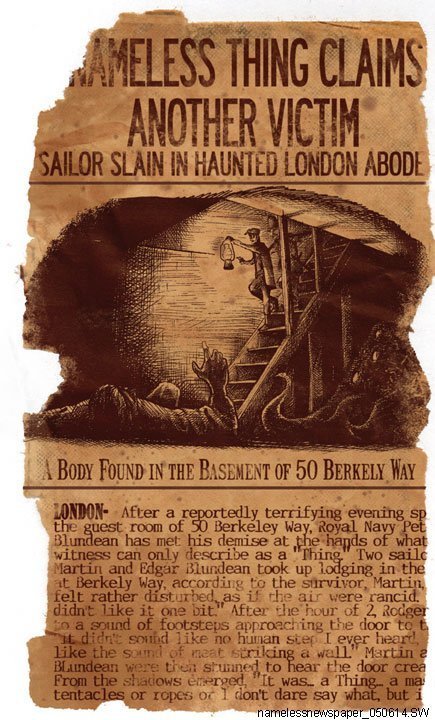 Warboys thought the whole haunted house thing was “poppycock” and to prove his point he arranged to spend the night at 50 Berkeley Square. Warboys arrived at the house at the appointed time and went to the 4th floor. He carried with him a candle and a pistol and was the only one in the home except for the landlord who lived on the first floor. If anything went wrong Warboys was to ring a bell and the landlord would come to his aid.

At 12:45 am the landlord was woke by the frantic ringing of the bell from the 4th floor, seconds later a gunshot rang out. The landlord raced up the stairs to Warboys location but it was too late. He opened the door and saw Warboys dead body scrunched down in the corner of the room.

Warboys had fired his pistol but there was no sign of what he was shooting at. The strangest thing that the landlord observed was Warboys body. It appeared that his neck had been broken, his eyes bulged and his face had a look of stark terror. As news of Warboys bizarre death spread the murderous entity in the house was given a moniker, “The Nameless Thing.”

Just 3 years after Warboys death the Nameless thing of 50 Berkeley Square would claim a second victim. 2 sailors, Robert Martin and Edward Blunden, had been drinking at various pubs and at the end of the evening found themselves broke. As they walked thru the Mayfair area they noticed a building advertising rooms for rent. The building was 50 Berkeley Square and it appeared to be unoccupied.

The 2 broke into the home thru a basement window but found the basement was wet, cold and rat infested, so the men went to the much more comfortable confines of the upper floor. Quickly falling asleep the men were soon woke by the sound of the door to their room opening, what Martin later said sounded like something large and wet crawling across the floor. 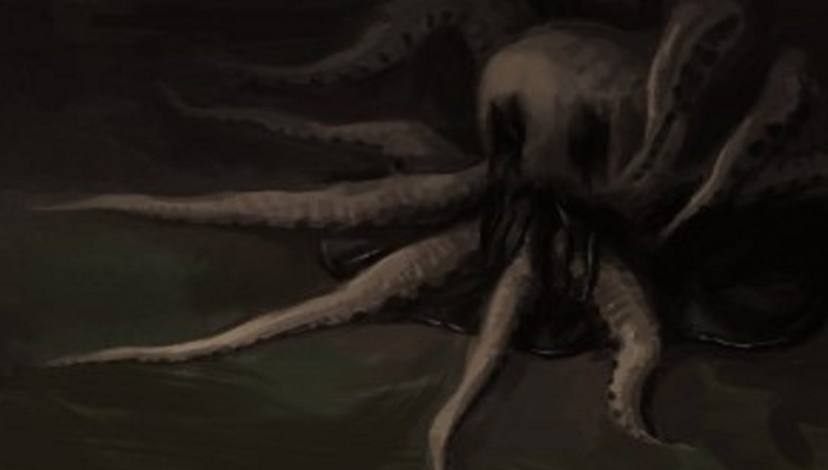 Robert Martin was one of the few to get a close up look at the Nameless Thing and live to tell about it. He described a bizarre slimy tentacled beast which he summed up as a “Hideous Monstrosity.” Martin watched helplessly as the thing attacked Blunden, wrapping its tentacles around him.

Martin ran from the house and told the strange tale to a patrolling police officer. When police went to 50 Berkeley Square they found Blunden dead. His neck had been broken and a look of horror remained of his face, just as had happened to Robert Warboys 3 years earlier and Mr. Myers years before that.

50 Berkeley Square is still believed to be haunted to this day and is often called the most haunted house in London. Fortunately, no further deaths attributed to the Nameless Thing have been reported. What was in the home will probably never be known for sure but famed investigator Harry Price had an opinion. Price researched the case in the 1920s and came to the conclusion that the violent activity at 50 Berkeley Square, was caused by “a very nasty poltergeist.”