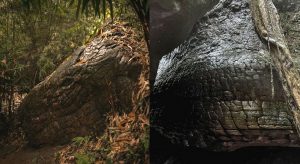 Mysterious finds in the jungles of Thailand raise many questions: giant petrified snakes that coiled their bodies into huge rings, or bizarre natural formations?

Naka Cave (or Nāga Cave) is located in Phu Langka National Park which is in the Bueng Khong Long District of Bueng Kan Province, Thailand. Naka means ‘snake’ in the Thai language, and the cave took its name from the texture of some stones in the area, which resembles the scaled skin of a snake.

The rocks have formed to resemble a coiled snake with overlapping scales, and it is edged with a rock shaped like a python’s head. 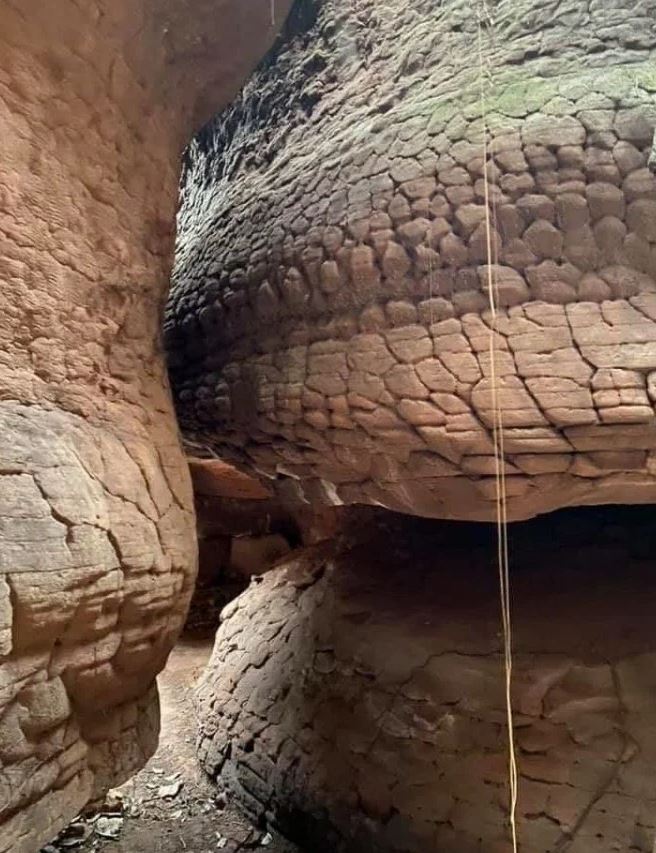 In addition, the cave’s interior walls are coated with minerals that gleam, giving the appearance of a white underbelly. There is an unsettling rock formation within that looks like the petrified teeth of a snake-like creature.

Serpents feature heavily in Buddhist lore and are revered as water guardians who dwell deep within the caves. A ‘nāga’ is a creature that resides in the nether world. According to legend, it is half-human, half-snake, but can shift to human form and walk among us.

According to officials at Phu Langkha National Park, the “snake scales” are about 100,000 years old and are actually sun-cracked rock. Sharp temperature differences between day and night caused the rock to crack.

While the rock formation is thought to be about 100,000 years old, it was only discovered in 2020 by a team of council officials cleaning water tanks in the national park.

The unexpected find sparked a surge in hotel bookings around the site as tourists flocked to see the “petrified snake”, the Bangkok Post reported. 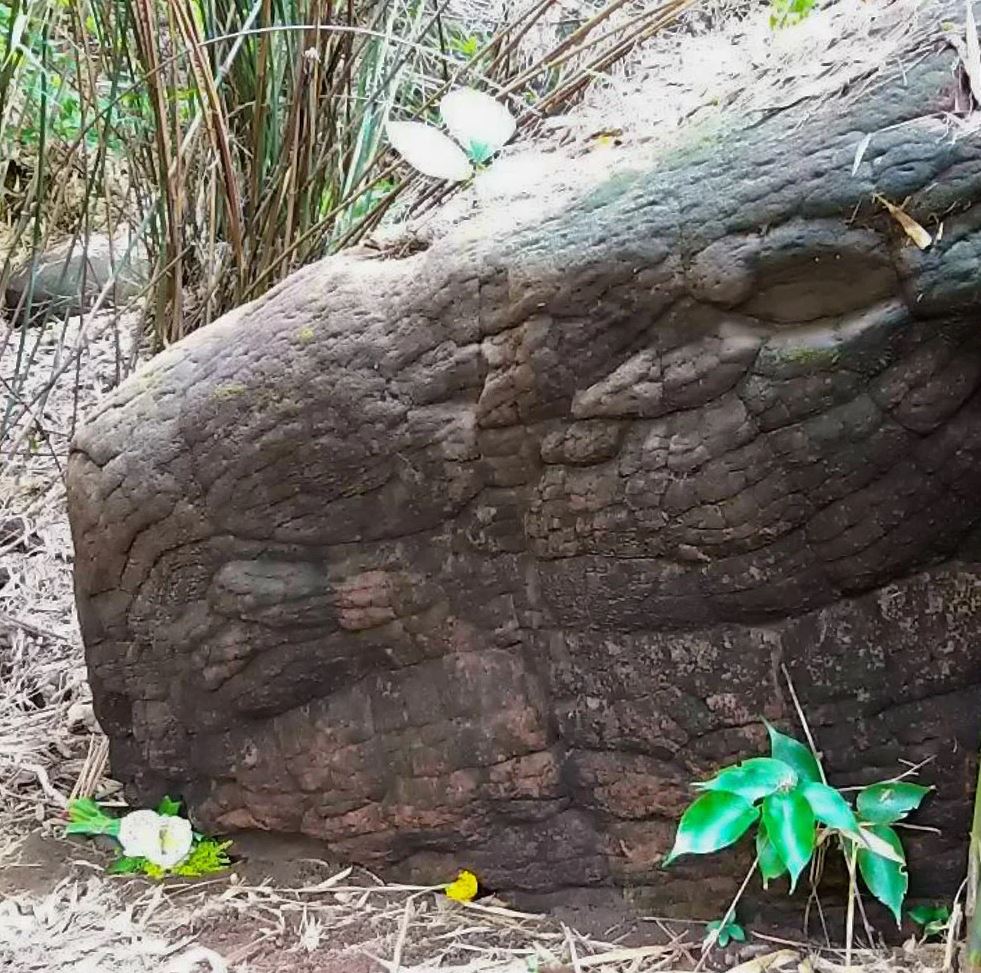 The Legends Of Snake Rock In Naka Cave

In Buddhist lore, the giant snake rock takes after the mythological snake called “Naga.” A naga is said to be half-human and half-snake, dwelling in the netherworld and occasionally taking the form of a human.

Legend has it that the Mekong River in northeastern Thailand and Laos was actually created by two Naga kings, slithering in the area that’s now part of the Phu Langka National Park.

If we’re to stay faithful to the legends of yore, then just maybe, the snake rock might have been one of the Naga kings resigned to a long slumber.

Many people have suggested the strange rock patterns are the ancient fossils of a giant snake. The remains of the largest snake that ever roamed the Earth, known as the Titanoboa.

The Titanoboa was a snake that slithered around during the Paleocene era, it is estimated they were 42 feet long and weighed over 1,000 tons. However, while these snakes were indeed massive creatures it is thought they only grew 2 feet wide so that wouldn’t explain the cave.

Most historians today believe it was humans that carved the patterns into the cave, a sort of pattern homage to the mythical serpents.

In any case, the place is amazing and has not yet revealed its mysteries. Stone snakes fascinate and cause awe, both among locals and tourists.

Ancient Hall of Records found in Romania kept secret since 2003