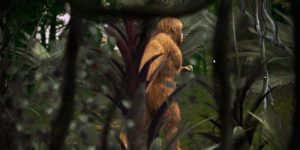 The cryptid Orang Pendek has fascinated scientists, anthropologists and researchers for well over a hundred years now. “Orang Pendek” is an Indonesian phrase that literally means “short person”, and it is used to describe a small, bipedal apelike humanoid that has been reported to dwell in the remote forests of Sumatra, a large island in western Indonesia.

The creature has commonly been described as standing anywhere from 30 to 60 inches tall, with short reddish or brownish fur, and bearing features very similar to an orangutan.

The Orang Pendek has reportedly been seen and documented by local villagers, forest tribesmen, Western researchers, and Dutch colonists for at least a century, but the creature’s existence has not yet been conclusively proven.

Several different research teams have conducted various expeditions throughout recent decades in an attempt to capture the creature on film, but so far they have not managed to capture much beyond small hair or footprint samples that are questionable in their origin.

For this reason, the Orang Pendek has been classified as a “cryptid”, meaning a creature whose existence has been widely suggested, but not documented or discovered by the scientific community.

Interestingly enough, when local inhabitants refer to the Orang Pendek, they do not consider it to be a mythical or spirit-like creature, but instead they treat it with the same seriousness as if it were a common forest animal.

This is particularly striking in light of the fact that the local legends and folklore of the Sumatran region abound with stories of magical forest creatures.

According to legend, the Suku Anak Dalam are well aware of when they are entering into Orang Pendek territory, and will often leave gifts of tobacco or other provisions to appease the mysterious creature.

Local Indonesian villagers are also a rich resource for personal eyewitness accounts and other descriptive folklore regarding the animal. In local Sumatran culture, it is extremely common to encounter someone who has either personally seen the Orang Pendek, or knows someone who has.

The Orang Pendek has also been documented by European and Western observers as well. Indonesia was once a Dutch colony, and to this day the influence of Dutch colonialism can still be seen in various aspects of Indonesian culture, including their architecture and certain elements of the Indonesian language itself.

One of the most prominent eyewitness accounts of the Orang Pendek came in 1923 by way of a Dutch surveyor named Mr. Van Heerwarden. Although Van Heerwarden’s eyewitness testimony is purely anecdotal, he did report seeing a “dark and hairy creature” in the forest that had human-like qualities. 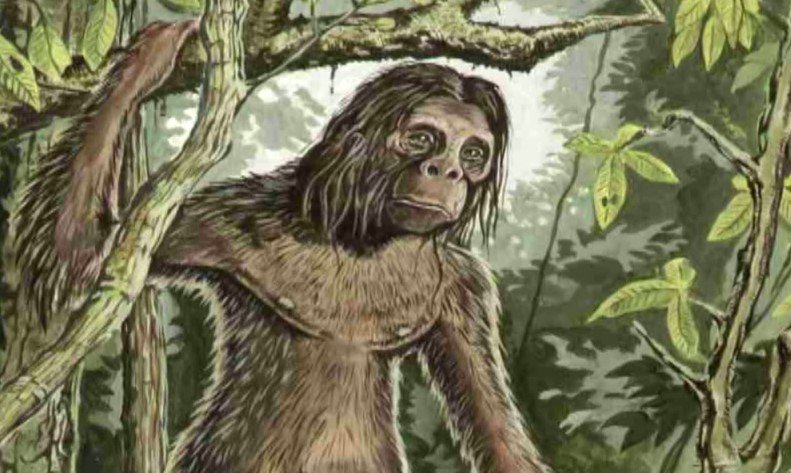 He also reported that the animal had graceful movements, a characteristic often mentioned by other eyewitness accounts as well.

Perhaps the most prominent Western observer of the Orang Penek is a British researcher named Debbie Martyr, who has extensively studied the phenomena surrounding this mysterious creature for over 15 years.

Martyr, along with her research partner Jeremy Holden, have interviewed hundreds of eyewitnesses regarding the Orang Pendek, and claimed to have seen the animal on several occasions. Martyr’s research emphasizes the characteristics of the creature as described to her by dozens of local villagers.

According to the majority of the reported eyewitness accounts, the Orang Pendek possesses phenomenal physical strength, being able to uproot trees and break solid rattan vines with seemingly little effort.

Scores of testimonies from local farmers speak of the Orang Pendek’s insatiable hunger for the distinctively potent Durian fruit, and other farmers have claimed that the animal is adept at raiding their corn and potato crops in short order.

While the Orang Pendek has not been reported to be hostile to humans, the general consensus is that if you are ever within viewing distance of the creature, it is best to leave it alone.

Recent sightings of the Orang Pendek have frequently occurred within the Kerinci district of central Sumatra, with a strong concentration of sightings happening within the borders of Kerinci Seblat National Park (abbreviated as “TKNS” in Indonesian).

This park is located only two degrees south of the equator, and covers a total area of 8,569 square miles. Much of the park has existed unmolested for centuries, and features some of the most pristine and remote rainforest acreage in the world.

Due to the relative inaccessibility of many areas of the park, many people claim that the Orang Pendek thrives there, able to exist freely with minimal contact with the outside world.

Although researchers have offered relatively little in the way of concrete evidence of the Orang Pendek’s existence, the massive amount of eyewitness accounts and local folklore seems to suggest that the creature may indeed roam the remote forests of Sumatra.

Several hair and footprint samples have been obtained that seem to indicate the existence of a creature that fits the description of the Orang Pendek, but as with most other areas of scientific inquiry, this must be approached with a healthy skepticism.

New creatures are constantly being discovered in some of the more remote regions of our planet, and any truly open-minded scientist will have to admit that what has already been discovered pales in comparison to what has yet to be discovered. One thing that cannot be denied, however, is the fact that the Orang Pendek has made an indelible mark on Indonesian culture, and on the world of cryptozoology at large.