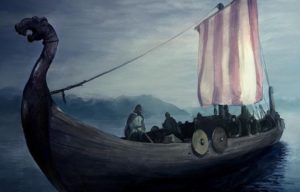 In November 1965, a policeman named Steve was on his beat-up in Huyton, at around 11 pm. He passed Hambleton Hall on St David’s Road on the borders of Page Moss and Knotty Ash, and being a Saturday night, the hall was crawling with teenagers, because it was a venue where groups such as The Beatles, The Searchers and other bands had played.

Anyway, there was a scream, and Steve saw a black man run away from a group of girls.

One of the girls said the man was known only by his nickname, which was “Ego”, and he had tried to rob her purse. The teenaged girl also claimed that Ego had “tried it on with her” – so the policeman ran off after him.

Ego ran south, crossing Liverpool Road, down Woolfall Crescent and on to Twig Lane, where Steve almost caught up with him at one point, but Ego suddenly outdistanced him and bolted down Rupert Road.

The diligent constable kept up the pursuit, and finally, on Archway Road, by the railway bridge, Ego stopped, exhausted, and leaned against a wall, expecting to be arrested. Steve was also exhausted, and as he came towards Ego, he panted, ‘Come on lad.’

Ego said, ‘Officer, I have never been in trouble with the law in my life. That girl asked me for a light, then started screaming.’

The policeman said, ‘You can tell me all this at the station.’

All of a sudden, both men noticed a green glow in the sky which lit up the railway bridge, and what they both then witnessed beggared belief.

In the green glowing cloud that formed in front of them was the black silhouette of what was obviously a Viking long ship, and it came gliding along through the air as crackling bolts of electricity came off it.

The ship was sailing through the road and pavement, and gradually, the eerie image became a luminous green, so that the two men could see the huge square sail, and about twenty men sitting on the deck, pushing and pulling the long oars.

Ego backed away, because he was the closest to this strange apparition, and all he could say was, ‘Jesus Christ.’

Seconds later, the Viking ship slowly faded away into nothingness, and the green cloud vanished as well. There was a strong smell of ozone in the air.

Ego was taken into custody, and subsequently found to be completely innocent. The girl who made the accusations was known to a detective at the station as an attention seeker who had made similar false claims in the past.

Steve happened to mention the phantom Viking ship to a colleague, who told someone else, and so Steve was hauled before his superior, who told him he should go and see a doctor. A detective quizzed the lad Ego a few days later, and asked him to give an account. Ego did and his description exactly matched Steve’s.

I discovered that in 1828, navvies working for the railway engineer George Stephenson, discovered the remains of a Viking ship while making excavations on Archway Road.

The River Alt was much wider thousands of years ago and the Viking ship had sailed upon it! A huge lake existed in Huyton in those times, where the Hag Plantation now stretches. Sand has also been found beneath Huyton, proving it was once a landing place for ships in ancient times.