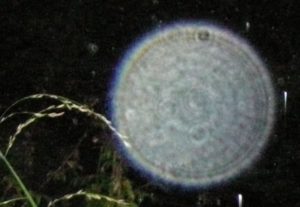 In Ghost World, there are many anomalous and unexplained things. Orbs are thought to be associated with ghostly activity, but is it really spiritual in nature? Or can these strange spherical balls of light be explained away easily?

Orbs are anomalous, white, semi-transparent, and often colorful spheres of light that are often captured unexpectedly on film. No one can really say for sure what they are, although a lot of people would chalk it up to a defect within the camera, lens, or film.

One theory concerning orbs are that they are believed to be connected with ghostly spirits or energies, by paranormal investigators. Spiritual life-forms are thought to be concentrated in these spherical shapes that are usually not seen by the naked eye, but often caught on film.

There are many paranormal investigators who claim that orbs are in fact the souls or spirits of the deceased, that once lived on earth.

But is this true? No one can say for sure if orbs are connected with spiritual activity or not, but many investigators would beg to differ. They believe that it is no coincidence that orbs are often found in haunted places? While orbs have been found in places where alleged hauntings are believed to exist, they are also found in places where no spiritual activity is said to be found. 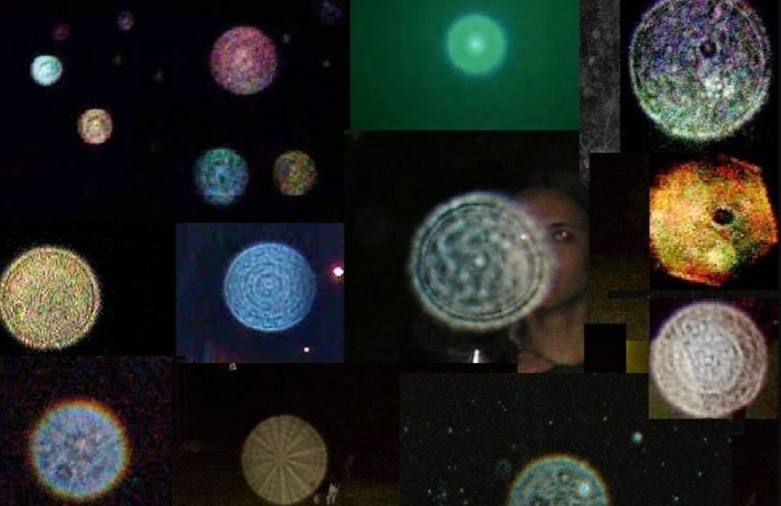 There are other theories concerning orbs as well. Other popular suppositions are that orbs are nothing more than moisture on the lens of the camera, dust, pollens in the air, heat energy, and even electrical sources in the area.

These anomalies seem to be found in a lot of places, and often seen in places with higher amounts of static electricity in the atmosphere. Since researchers think that orbs are spirit energy, it is believed that anyplace where energy transference is said to be found, these spirits will draw from that source in order to manifest.

Many paranormal investigators have found that while using instruments to measure the electromagnetic fields (EMF) in areas of alleged hauntings, the orb action seem to increase, only adding to the theory of a spiritual connection.

So does this prove a correlation between ghostly energy and orbs? Every year thousands of photos with orbs are captured by people all over the world, and many by skeptics and researchers alike.

Some photos show these orbs to have halos of light surrounding them while others look like suspiciously like some type of airborne protoplasm, like you might find under a microscope; being pollen or dust. Moisture is usually easy to differentiate from orbs, their shapes are not usually completely round.

There are skeptics who have tested the theory of orbs and have come up with answers themselves. Stirring up dust is one way to produce positive results. But what about in areas where dust is relatively low? Investigators have tested this theory as well.

They have gone into areas where dust levels are almost non-existent and still capture these strange balls of light on film. And many times, upon closer inspection, faces appear in the spheres of lights themselves. This cannot be explained away as easily as dust captured on film.

In places where ghostly hauntings are suspect, such as cemeteries, these strange anomalous balls seem to appear, especially where higher concentrated levels of spiritual activity are present.

It usually takes a good team, along with the work of a good psychic investigator, to locate these areas and capture the energies on film. Usually the results are positive, where in other areas where EMF readings are low, the orb action seems to be much lower or non-existent altogether.

So this may not prove that orbs are spirit energies, but it certainly leaves the door open for suggestion. Another orb theory suggests that spirits can manipulate their environment and the energy around them.

It is thought that the more energy a spirit can collect from its environment, gives it more power to manifest in a partial of full bodied form. But this is only one theory and has not yet been validated.

In actuality, it is thought that all orbs are mobile. If you take a series of photos where orbs are present, you will find that in each photo the orb location changes. Either they have moved or disappeared completely.

The camera will capture them in a suspended state, but they are actually moving. Some orbs have tails or trails they leave behind, often indicating faster movement, rather than floating.

There are other reasons for orbs appearing to be moving swiftly. The hand of the photographer may be shaking, or even flying insects can appear to be moving orbs. It is up to the investigator to examine the photo more closely and come to a conclusion.

So can we say for sure what orbs are? No. Can we prove that orbs are in fact spirits or ghosts? No. That question may never be answered. Perhaps it will take good researchers to come up with those answers.

But many do believe they already have the answers. So this highly debated subject will continue to spark skepticism in some and give hope for much sought after answers to others.

Orbs are the most frequently filmed anomalies caught on film by ghost researchers, along with ectoplasmic mists.