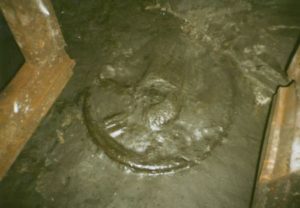 In 2008, a curious find was discovered down a coal mine in the Ukrainian city of Donetsk named J3 ‘Sukhodolsky’ at a depth of 900 meters (2952.76 feet) from the surface, reports ufosightingshotspot.blogspot.com.

As it could not be safely or successfully cut out due to the nature of the sandstone in which it was embedded, the mysterious artifact looking much like an ancient wheel remains in situ down the mine.

When geologically dated, the scholars refused to accept the results but it is known that archaeologists ignore any evidence that doesn’t fit into the system story of origin.

But Adam Frank, a professor of physics and astronomy at Rochester says: “Do we really know we were the first technological species on Earth?” – “We’ve had an industrial society for only about 300 years, but there’s been complex life on land for nearly 400 million years.”

If humans went extinct today, Frank says, any future civilization that might arise on Earth millions of years hence might find it hard to recognize traces of human civilization. 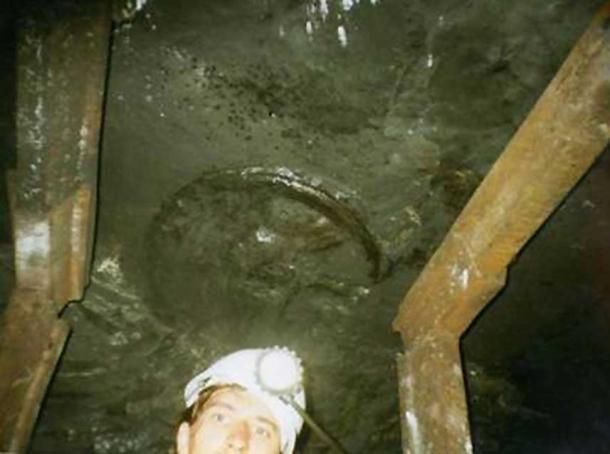 By the same token, if some earlier civilization existed on Earth millions of years ago, we might have trouble finding evidence of it.

Apart from the discovery of the old wheel, more 300-million-year old industrial artifacts have been found over the years.

As time goes on, and coal mining, along with many other mining activities becomes more rapid and advanced in nature, it is simply a matter of time before even more mysterious and explainable artifacts will be found.

Subsequently allowing us to add it to the volume of research and artifacts which not only support our posit of lost civilization, but place human activities an impressive 300 million years back into earth’s history.