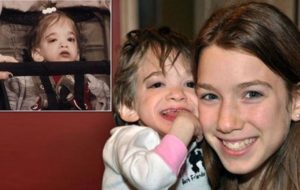 Brooke Megan Greenberg was an American girl who remained physically and cognitively similar to a toddler, despite her increasing age. She was about 30 in (76 cm) tall, weighed about 16 lb (7.3 kg) and had an estimated mental age of nine months to one year.

Brooke was born on January 8, 1993 to parents Howard and Melanie Greenberg at Sinai Hospital in Baltimore, Maryland. She was delivered by Caesarean section, one month before her due date due to “intermittent growth”, weighing just four pounds (1.8 kg). Brooke appeared to be a normal infant.

In her first six years, she went through a series of unexplained medical emergencies from which she recovered. She had seven perforated stomach ulcers. She also suffered a seizure. This was followed by what was later diagnosed as a stroke; weeks later, no damage was detected.

At age five, Brooke had a mass in her brain that caused her to go into a deep sleep (after confirmation that it was not a coma) for 14 days. The doctors diagnosed the mass as a brain tumor. She later awoke, and physicians found no tumor present. Brooke’s pediatrician, Dr. Lawrence Pakula, states that the source of her sudden illness remains a mystery.

During an interview on the talk show Katie, her father stated that between the ages of four and five, she stopped growing.

Over several years, the Greenbergs visited many specialists, looking for an explanation for their daughter’s strange condition, yet there was no diagnosis of any known genetic syndrome or chromosomal abnormality.

In 2001, when Dateline documented Brooke at eight years of age, she was still the size of a six-month-old infant, weighing just 13 lb (5.9 kg) at 30 inches (76 cm) tall. The family still had no explanation.

Brooke’s mother Melanie said, “They [the specialists] just said she’ll catch up. Then we went to the nutritionist, the endocrinologist. We tried the growth hormone…”. The growth hormone treatment had no effect.

Howard, Brooke’s father, said, “I mean, she did not put on an ounce, or she did not grow an inch… That’s when I knew there was a problem.” After the growth hormone administration failed, the doctors, unable to diagnose a known condition, named her condition Syndrome X.

The Greenbergs made many visits to hospitals, searching for information about their daughter’s condition. When geneticists sequenced Greenberg’s DNA, they found that the genes associated with the premature aging diseases were normal. 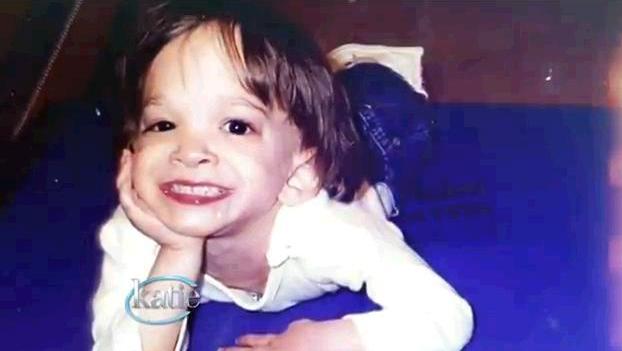 In 2006, Richard Walker, an endocrine physiologist at the University of South Florida College of Medicine, said that Brooke’s body was not developing as a coordinated unit but as independent parts that were out of synchronization.

She was never diagnosed with any known genetic disorder or chromosomal abnormality that would help explain why.

In 2009, Walker said, “There’ve been very minimal changes in Brooke’s brain … Various parts of her body, rather than all being at the same stage, seem to be disconnected.” Walker noted that Brooke’s brain, for example, was not much more mature than that of a newborn infant.

He estimated her mental age at around nine months to a year old. Brooke could make gestures and recognize sounds but could not speak. Her bones were like those of a ten-year-old, and she still had her baby teeth, which had an estimated developmental age of about eight years.

Said Walker, “We think that Brooke’s condition presents us with a unique opportunity to understand the process of aging.”

Brooke Greenberg died on October 24, 2013. Her funeral service took place on October 27, 2013, and that same morning, she was buried at Baltimore Hebrew Cemetery – Berrymans Lane, in Reisterstown, Maryland.

The cause of her death was bronchomalacia, a medical condition usually occurring in children, which results in difficulty breathing due to weak cartilage in the walls of the bronchial tubes.