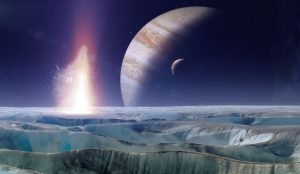 New interesting details of observations of Jupiter’s moon Europa have appeared. It is known that this cosmic body hosts the largest ocean in the solar system.

Despite the 30-kilometer crust of ice on the surface, thermal processes are taking place in the thickness of Europa, which melt the ice.

According to various estimates, its depth can be from 70 to 100 kilometers. In other words, there is a lot of liquid water, identical to the earth.

Recent studies have shown that from time to time the crust of ice becomes thinner, and liquid water under pressure flies out in geysers to the surface.

Sometimes this action was accompanied by an inexplicable glow of a bright blue color. It emerged from under the ice. The reason has not yet been clarified. 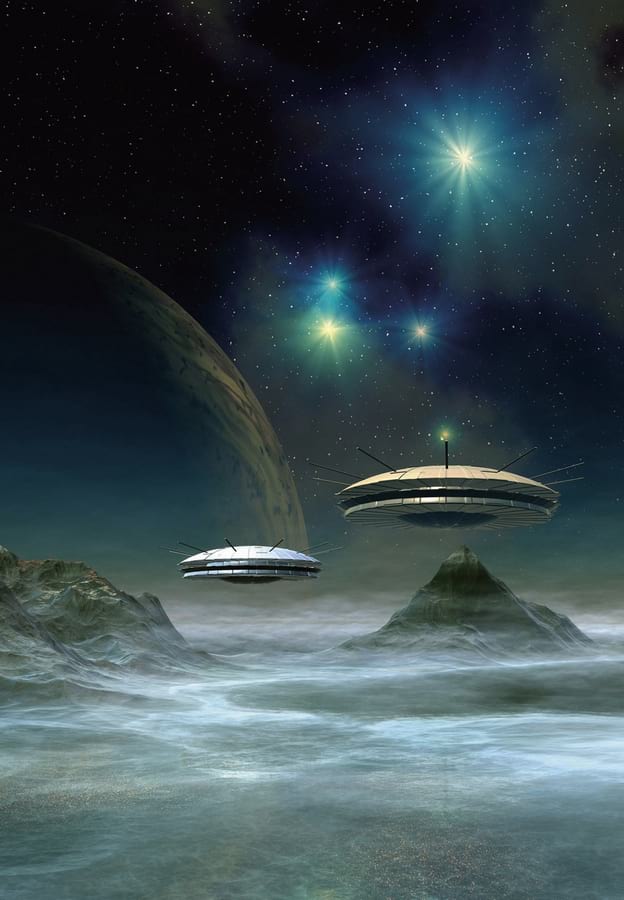 However, retired Morgan Allen, who has worked for more than 35 years at NASA, recently shared information on one of the podcasts that American experts consider the study of Europe to be one of the most important tasks. It is there that representatives of a technologically advanced civilization can live permanently.

He made such conclusions after he saw photographs of the satellite in 2016. They showed mysterious objects hovering over the surface of Europa.

Also, a former employee of the agency said that in 2019, the Americans managed to film the release of liquid water from under the ice. The geyser rose 15-20 kilometers, and at this time two UFOs dived deeper. All this action was accompanied by mysterious bright blue flashes.

Morgan Allen believes that this was not a coincidence, but a deliberate UFO activity. It is quite possible that there is an alien base under the ice, and at the right time they drill or melt the ice using their technology. Thus, objects can fall into the ocean.

Alas, the remoteness from the Earth does not allow real-time observation of what is happening on Europa, which greatly complicates the study of such phenomena on the moon of Jupiter.

Rumors have long circulated that Europa could be a habitable space body. In any case, all the conditions necessary for the origin of life are there.

On the other hand, it is quite possible that the local fauna on the moon of Jupiter is quite primitive, and those objects that got into the NASA photographs are the ships of alien civilizations that arrived from other star systems. Possible only with a research mission.