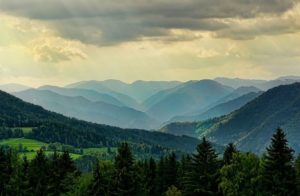 July 4, 2020. A mysterious sound has lasted for more than 10 days now in Weining, Guizhou, China. People used drones to try to find out the source without success, reports ufosightingshotspot.blogspot.com.

Experts sent to investigate but failed to give any explanations, only asking people not to panic, and go back to their normal lives.

According to a number of people who commented on Jeffener Zeng’s Twitter account: It sounds really like blowing a whistle or horn, a sound produced when the flow of air is obstructed and forced through a small opening, it makes sense as Guizhou is a place famous for its karst landform, which is characterized by underground drainage systems with sinkholes and caves.

Although local people tend to mystify things that are natural, they would know the difference between the sounds of an underground drainage system with sinkholes makes and whatever this is.

A flow of air being forced through a small opening would be a common activity, and not worth the times of tens of people, but the mere gathering of people speaks to that the sound is not something natural.