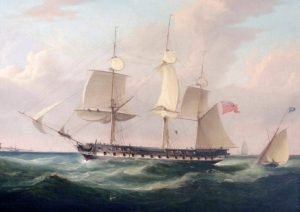 This is the story of how the passengers of a ship trapped in ice were saved thanks to a vision that the first mate of a merchant ship had.

One day in 1828, a merchant ship was sailing between Liverpool (England) and Canada. First Mate Robert Bruce suddenly saw a stranger in the captain’s cabin writing on a slate. The man turned and stared at Bruce with a fixed and serious expression on his face. This alarmed Bruce. He rushed to the deck and reported what he saw to the captain.

“You must be going crazy, Mr. Bruce. A stranger? We have been sailing for almost six weeks now! Go down and see who it is,” the captain reacted.

“I’ve never believed in ghosts, but honestly sir, I wouldn’t want to go and see it alone,” Bruce replied.

Together they went to the captain’s cabin and found it empty. However, the words “heading northwest” appeared on the slate.

Looking for a stranger

The captain sat at his desk for several minutes and thought. He then turned the slate over and asked Bruce to write a “heading northwest.” The handwriting on both sides of the slate was completely different.

The captain was satisfied. Then he took turns calling the second mate and the other crew members and also asked them to write this phrase. 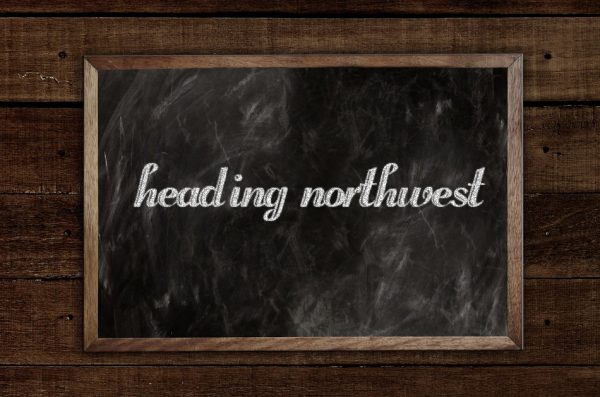 Using this method, the captain checked the entire crew. None of them had a handwriting that even remotely resembled that of a stranger. Bruce and the captain thoroughly searched the entire ship and did not find any traces of free riders. Finally the captain asked:

“I can’t tell, sir. I saw a man write, and you saw his tape, and there is something strange about that, ”replied Bruce.

The captain ordered the ship to turn northwest. After sailing for about three hours, the helmsman noticed an iceberg, and next to it – a large ship.

Coming closer, the captain saw through binoculars many passengers of the ship in distress frozen into the ice. He sent several small boats after them.

On the third boat among the passengers, the first mate was surprised to find the man he had seen in the captain’s cabin.

At the captain’s request, the man wrote the words “heading northwest” on the blank side of the blackboard.

Seeing the same phrase in his handwriting on the back of the blackboard, the stranger was no less surprised than the others. He turned the board over and over again:

“I wrote only on one side, who wrote on the other?”

Travel in a dream

The man couldn’t remember the scene that shocked Bruce. However, he said that he was extremely exhausted that day and fell fast asleep at noon. Waking up, he told the passengers that they would definitely be rescued. In a dream, he dreamed of a ship that sailed to their aid.

The captain of the ship in distress confirmed his story:

“He described to us the appearance and equipment of the vessel. To our amazement, the appearance of your ship completely coincided with its description. ”

This story was published in 1860 by Robert Dale Owen of Philadelphia in the book At The Border of Another World. It was written by Captain J.C. Clarke, a friend of Robert the Bruce. Clarke described Bruce as “one of the most sincere and outspoken people he has ever met in his life.”