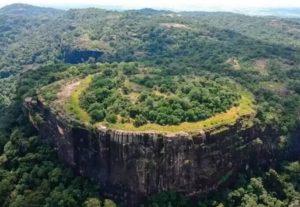 In Sri Lanka, an island state off the coast of India, there is Mount Danigala, which most locals refer to as the Mountain of Aliens. The mountain got its name for two reasons – it has an unusual rounded shape and looks like a huge stump of an ancient petrified tree. And the second reason is that UFOs are very often seen there.

Among the locals, it is also considered a very spiritual place, and recently it attracted the attention of the media, because very unusual rock paintings were found here.

“On June 28, 2020, we documented the new discovery of petroglyphs that were found in caves on the northwestern slope of Mount Danigala. These rune-like symbols were first discovered in Sri Lanka during preliminary archaeological and geological research,” says report published on the research site ResearchGate.

The unusual petroglyphs were found by a group led by Aravindou Ravibhanu Sumanaratna, Ph.D., astrobiologist and exogeologist of the South Asia Astrobiology and Earth Sciences Research Unit Eco Astronomy Sri Lanka. According to him, he is looking for “extraterrestrial life, with a special focus on paleontology and petrology.” 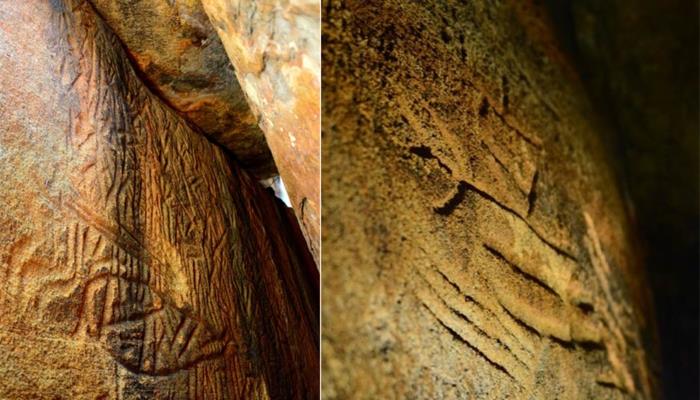 In this regard, we can mention the curious fact that Mount Danigala in the mythology of Sri Lanka appears as the location of the flying vehicles of the legendary king Ravan.

According to an article published on the Ancient Origins website, petroglyphs cover almost every wall in the caves and depict not only incomprehensible runic symbols, but also anthropomorphic figurines, peacocks, plants, dogs, stairs, arrows, bows and geometric signs.

According to Sumanaratna, some of the geometric signs found in the Danigala caves, which seem to be chaotically and aimlessly arranged, are in fact an ancient “connecting code” representing the “lost astronomical system of counting”.

But the locals have a different theory. In their opinion, the mysterious petroglyphs may be associated with aliens. There are many legends about how “humanoids from heaven” taught people to write, talked about the universe and how it works. Maybe all this is written on this mountain?