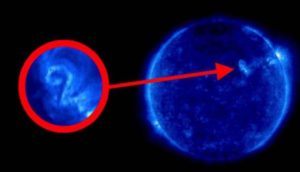 In one of the photographs of our star, which the SOHO heliospheric observatory periodically sends to Earth, the famous Taiwanese ufologist and virtual archaeologist Scott Waring discovered an anomaly in the form of the number “2”.

The indefatigable researcher immediately remembered earthly messages into space in order to establish contacts with aliens, which today, for example, is carried out by SpaceSpeak.

Based on all this, Waring concludes that the number “2” on the Sun may well be a message-response from a more advanced extraterrestrial civilization.

The number “2” itself is a symbol meaning harmony and love. Thus, the aliens express their attitude and their friendly wishes to us, the ufologist believes.

However, skeptics immediately objected to Waring, quite rightly noting that the solar surface is constantly changing streams of gas that can swirl in spirals, and therefore a double helix in the form of a corresponding figure is a completely natural “anomaly” for our star. 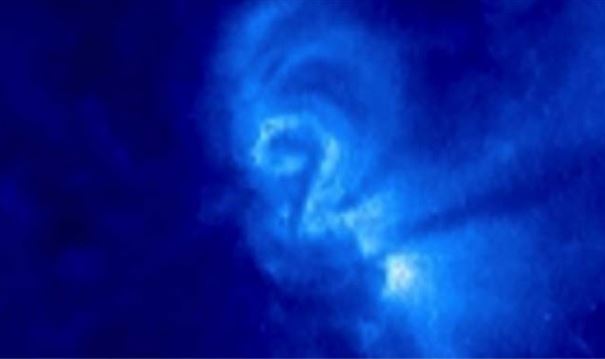 One can agree with such scientific explanations, if not for one “but”: squares, umbrellas, and other figures are noticed on the Sun, which do not naturally arise in nature and which cannot be explained by the movement of gases.

Giant UFOs flying by against the background of our star also do not fit into the scientific concept of skeptics.

This is exactly what the Taiwanese researcher, who remained unconvinced, pointed out to them: aliens not only follow us, but also periodically send us various messages, for example, crop circles.

The message, imprinted on the Sun, is no more frightening and not more mysterious. It’s just that people are already used to crop circles, but they are just getting used to cosmic symbols-messages.