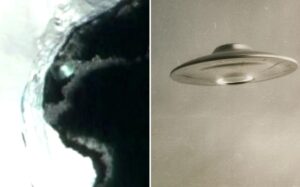 A week ago, a video was posted on the Conspiracy Depot Youtube channel about a mysterious metal object that the channel’s author discovered in Antarctica using the Google Earth service. 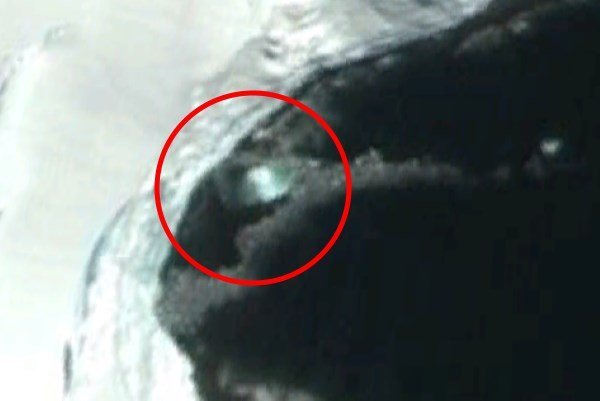 This object really looks like an artificial body against the general background and there is nothing close to it. It resembles something metallic and round or triangular with rounded sides.

The mysterious object is not small, it is approximately 16-18 meters long. It stands on a thin coastline freed from ice, that is, if a UFO had indeed landed on the island, then this place was not chosen by chance.

According to the channel’s author, this UFO is associated with the so-called “Operation Highjump” – it was the real mission of the US Navy in Antarctica, which began on August 26, 1946 and for unknown reason ended hastily in February 1947, six months ahead of schedule.

Why did the US Gov’t send 3 Naval battalions to Antarctica in 1947? Was it a training and scientific venture as they claim? Or, were they searching for a hidden Nazi base? Or, could they have been looking for Aliens? Or maybe even secret Nazi Aliens?

According to the conspiracy theory, the Americans stopped the operation so early due to the fact that they collided with a group of alien ships in Antarctica and a military clash with victims took place between people and aliens.

Officially, there were indeed casualties on this mission, but it was stated that people were injured by accident due to bad weather and crew errors.