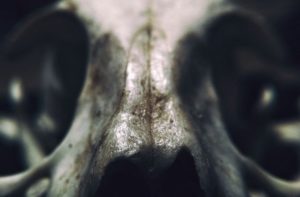 April 29, 1979, Barrio de Taco, La Laguna, Tenerife (Spain). The safety officer of a construction materials factory discovered a German shepherd who guards the store lying dead on the floor. It seems to have started the chain. No sign of blood. Or tracks. Or anything to indicate why he died.

After analysis it turned out that the dog’s body did not contain a drop of blood inside. Something or someone seemed sucked all blood through two small holes on the body. In addition, someone mysteriously removed the heart and liver.

With such gruesome discovery began a strange odyssey that took place in suspense for three weeks.

In the first instance, the research study was conducted by the Municipal Police of La Laguna. Subsequently, given the gravity of the facts, the Supreme Headquarters of the National Police continued investigations.

The Civil Guard also participated in the proceedings. Meanwhile, the island government continued to monitor everything that happened.

After that first episode was another. It was in the same place, in the same factory. It happened four days later. The victim, again, was a German shepherd. The death of the second animal was similar to the first, inside the dog’s body there was not a drop of blood. 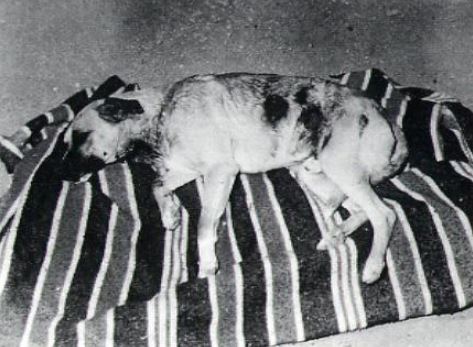 As a result of the autopsy performed on the victim, nothing was found, except for a pair of holes in the skin. Nor were there footprints, no sign of fighting, nor any clue that investigators would serve to clarify what happened.

The first hypothesis of natural death was ruled out. Investigators talked about cults, mysterious animals, and of course, the enigmatic cattle mutilations that occurred during those years in the U.S. and, obviously, were inexplicable by logical formulas.

And on May 14, something strange happened again. It was a few miles from Taco. This time, the scene of the death of another animal was the Guamasa neighborhood. There was found a dead pig. Nothing seemed normal, because again the animal’s blood was sucked out.

Subsequently, dead goats appeared in equally strange circumstances. A police report contained the same conclusion reached by the veterinarians in the autopsy of the animal.

There was no reasonable cause for death. And again, the animal’s body was limp. The dossier also alluded to the thesis of the presence of a cult. However, the monitoring of that track led to no solution.

Specialized in veterinary services of the Island Council stressed that it was a death caused by other unknown animals.

According to the report they made, the characteristics of death may denote the existence of a skilled intelligence greater than any predator. The problem was that the police found no evidence that would lead to a culprit. Quite the contrary. Everything seemed a matter of “ghosts”.

The authorities were in a dead-end, as revealed police reports. However, in order to calm the population of the area, Muñoz Yeberes, the press officer of the Police Headquarters said that perhaps some strange rodents may have caused the deaths. But finally confessed to the media communication that agents had found no explanation for the crimes.

Cases continued to occur, but the media interest waned. Nevertheless, the mysterious agent has appeared again in October. In this new case, eight goats were found dead in Taco.

The same parameters were repeated from previous cases. The autopsy was conducted by the Regional Agricultural Laboratory, whose director, Joachim Keel, in his report made reference to the use of sophisticated technical equipment to run the “aggression.” But Quillen could not resolve the mystery. A mystery that never found an explanation.